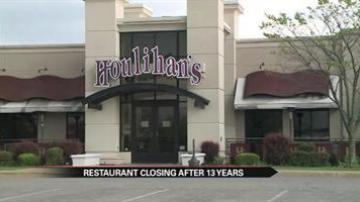 MISHAWAKA, Ind.-- Mishawaka restaurant Houlihan's closed its doors Tuesday after serving the community for more than a decade.

Foley calls Houlihan's her "baby" and she says she's devastated to close the restaurant's doors after 13 years in business.

But she says living more than 2,000 miles away, plus responsibility to her three children have made it difficult to manage the Mishawaka location.

Foley said Houlihan's was one of the first restaurants to open on Main Street before the area grew into the restaurant hot spot it is today. She says more competition also played a factor in the decision to close.

With more than 45 restaurants opening in that area of Mishawaka since Foley and her husband opened Houlihan's, there are more places for people to go eat, with less visiting Houlihan's over the years.

Foley says the hardest part has been letting her employees go. Some had been there since day one, she says.

“We feel really sad for the employees because we’ve had some who have been with us since day one and it’s been very difficult for us to make this decision to close it down mostly because of them, but it was a thing that had to be done and so we’ve made that decision to do it,” said Foley.

Foley said she and her husband do plan to try to lease or sell the building to anyone interested.