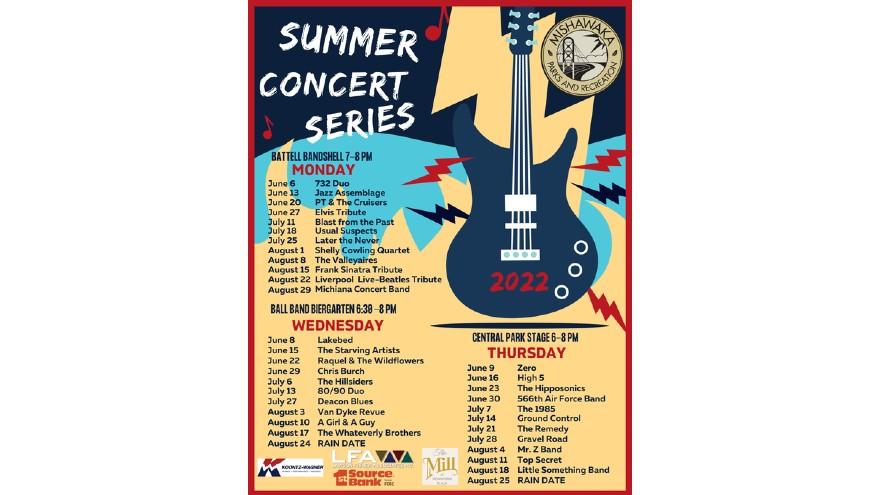 Three locations throughout Mishawaka will act as host-sites to more than 30 local and regional bands, with new artists performing at each location every week.

Monday night shows will start with the 732 Duo on June 6 at the Battell Bandshell from 7 p.m. to 8 p.m., and will run weekly (with the exception of July 4) until August 29.

Shows at the Ball Band Biergarten will begin with a performance from Lakebed on June 8 from 6:30 p.m. to 8 p.m., and will continue with a different artist every Wednesday until August 17.

The Central Park Stage will also be hosting bands starting with Zero on June 9, with shows from 6 p.m. to 8 p.m. every Thursday until August 18.

August 24 and August 25 have been announced as rain dates in the event of weather-related cancellations.