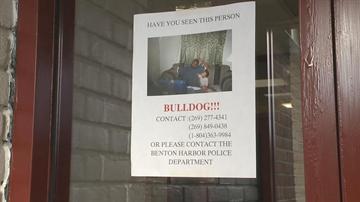 The Berrien County Sheriff’s Department responded this morning to a report of a possible body in the St. Joseph River between Moccasin Drive and Blackhawk Trail, off Napier Avenue, in St. Joseph Township.

Deputies arrived on the scene at 10:50 a.m., and were able to confirm that it was a body.

The body was identified as Timothy "Bulldog" Allen, who was reported missing by his family on Nov. 12.

Allen was last seen on Nov. 9, near the area where his body was recovered.

Several searches had been preformed on land and in the water to find Allen, but none had been successful.

The body was taken to Grand Rapids for autopsy to determine the cause of death.