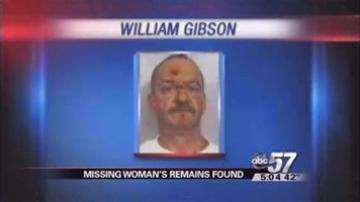 NEW ALBANY, Ind. -- Police have found the remains of an Indiana woman who disappeared last month.

Gibson has already been charged with two murders in the last week. So far he has not been charged in Kirk’s death. Her friends say it's unbelievable.

“I don't understand how somebody can do something like that,” said Kirk’s friend Glenda Mahoney. “That's a monster.”

Kirk was mainly identified by dental records. Medical examiners are still determining the cause of her death.