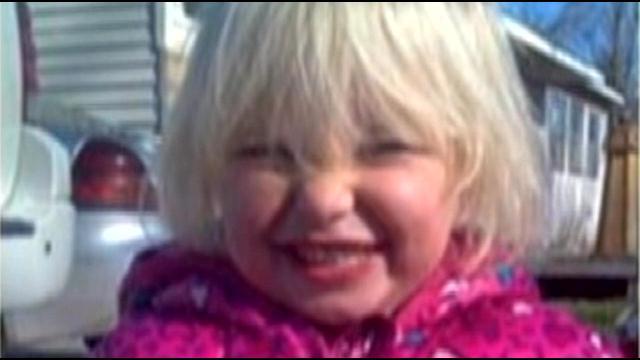 A two-year-old girl has been found alive after spending almost an entire day lost and alone in the woods.

Police say the girl, Brooklyn Lynn, wandered off while playing outside her Michigan home Wednesday afternoon.

Dozens of people searched the area near her home but their efforts were slowed by heavy storms.

A police tracking dog and his handler were finally able to find Brooklyn Thursday afternoon, lying on the ground in the woods.

“I'm just glad she is back and still alive…I was just worried that someone had kidnapped her,” said Alecia Cook, the young girl's aunt.

Brooklyn was taken to the hospital where she was treated for hypothermia, dehydration, and a few cuts, but authorities say that she is doing well.
Share this article: