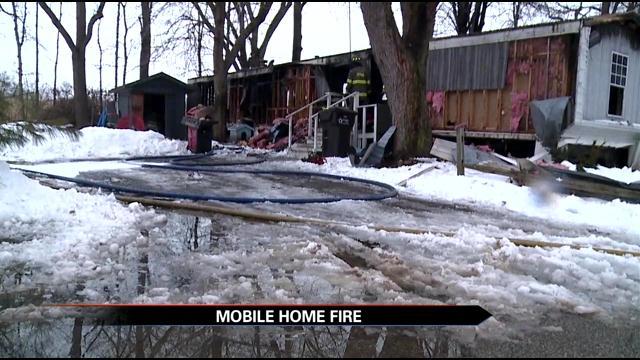 A family is without a home after a fire broke out at their home in the Rustic Acres park off of State Line Road.

There was a lot of emotion at the scene as the homeowners watched fire crews from Osolo, Porter and Sepsa township battle the blaze.

“There's nothing left, nothing to salvage. It sucks really bad,” says Tyler Loy, one of the homeowners.

Loy says he's feeling thankful his family and their dog, “Beauty” all made it out okay.

Captain Matt Walker with the Sepsa Fire Department says the biggest hurdle in fighting the fire was that the mobile home was made out of metal.

“Once the floor burns out, you have to attack it from the outside,” says Captain Walker.

He says the home is now a total loss.

“They're not going to be able to salvage anything from it because of the smoke and water damage,” says Captain Walker.

The cause of the fire is still unknown.