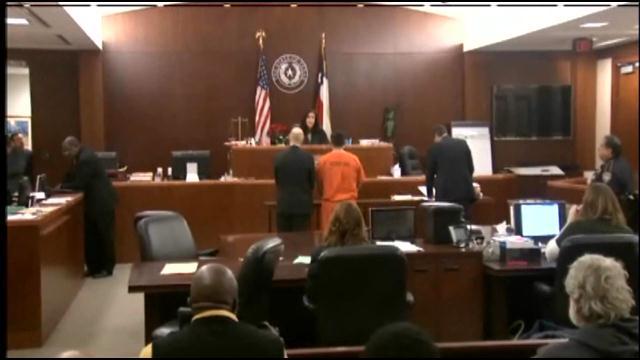 A Texas mom is accused of helping her son dress his naked and dead girlfriend after a night of post-prom partying.

The details emerged when 18-year-old Eddie Herrera made his court appearance Thursday.

Prosecutors say he called his mom when he awoke to find his 17-year-old date dead in the hotel room.

According to police, his mom came to the hotel room and dressed the girl's body before calling for help.

Prosecutors also believe the mom provided the teens with alcohol and prescription drugs found in the girl's system.

"I don't have anything to say about what's going to happen or could happen to Mr. Herrera's mother at this point," said Bill Exley, the Prosecutor. "She's not charged with anything at this time."