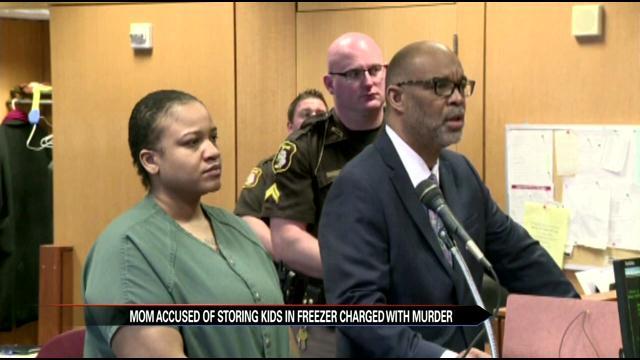 The Detroit mother accused of killing her two kids and then putting them in a freezer has pleaded not guilty.

35-year-old Mitchelle Blair has been ordered to be held without bond pending competency evaluations.

Court officers arrived at her apartment March 24 to evict her.

That's when they found the frozen bodies of her 13 and 9 year olds.

Investigators believe the eldest died in August 2012 and the youngest died the following May.

The mom is due back in court June 19.