Next time you fly, there is even more of a reason to keep your seat belt on during the entire flight. Weather always impacts air travel, and pilots are trained to avoid turbulence by going around storms and mountainous areas, but what if the bumps are undetectable?

It is a scary thing to think about, especially if you don't like flying. Pilots do their best to avoid turbulent skies by going around storms or mountainous areas, but sometimes there is nothing to show where the turbulence will be.

In February, a Delta flight was traveling from California to Washington State when the plane flew into such severe turbulence that it caused a flight attendant and the snack cart to slam into the ceiling, breaking the attendants arm and injuring four passengers.

Crazy turbulence and injuries, but the @delta crew handled it perfectly, even the emergency landing. pic.twitter.com/NoJWLp5GUv

Research shows that as global warming continues and intensifies, the jet stream will keep making big dips south, like when we had the polar vortex this past winter. When it does this, it puts the jet stream in the path of thousands of flights trying to go across the country. 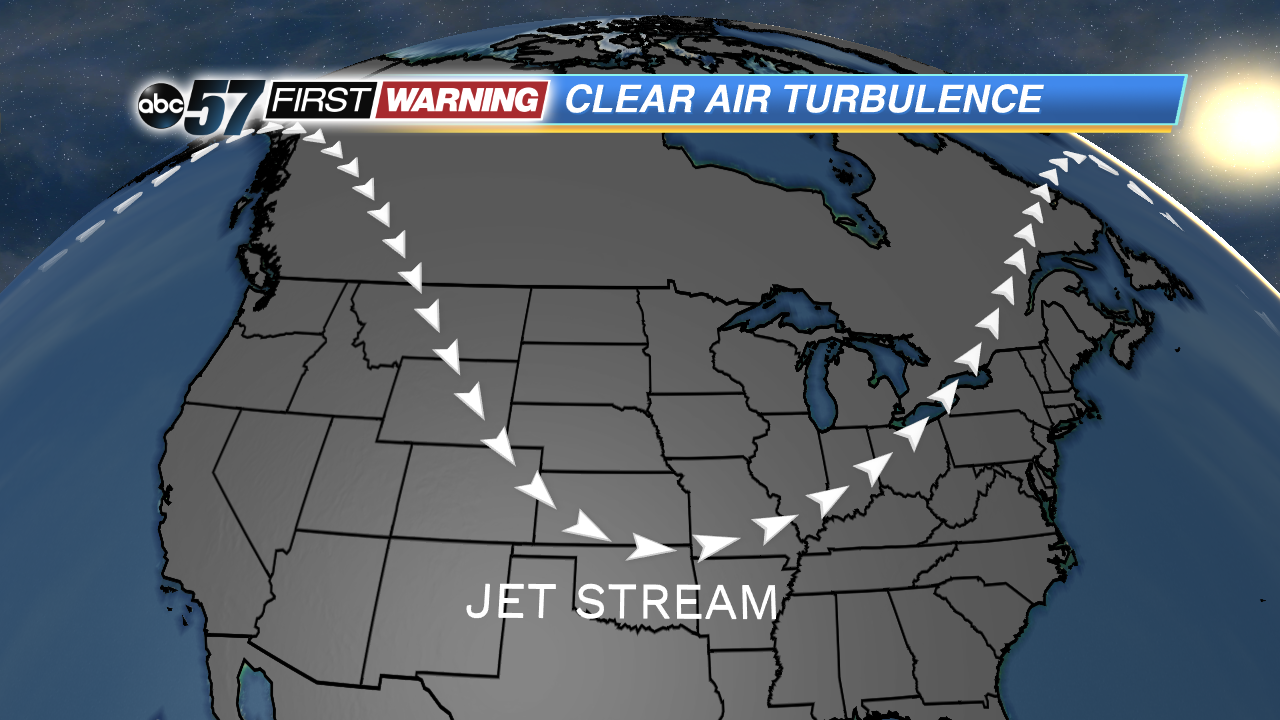 Here is how it all connects. Clear air turbulence occurs the most in the cold air near the jet stream, because that is where there is the most wind shear. Wind shear causes strong vertical currents of air. 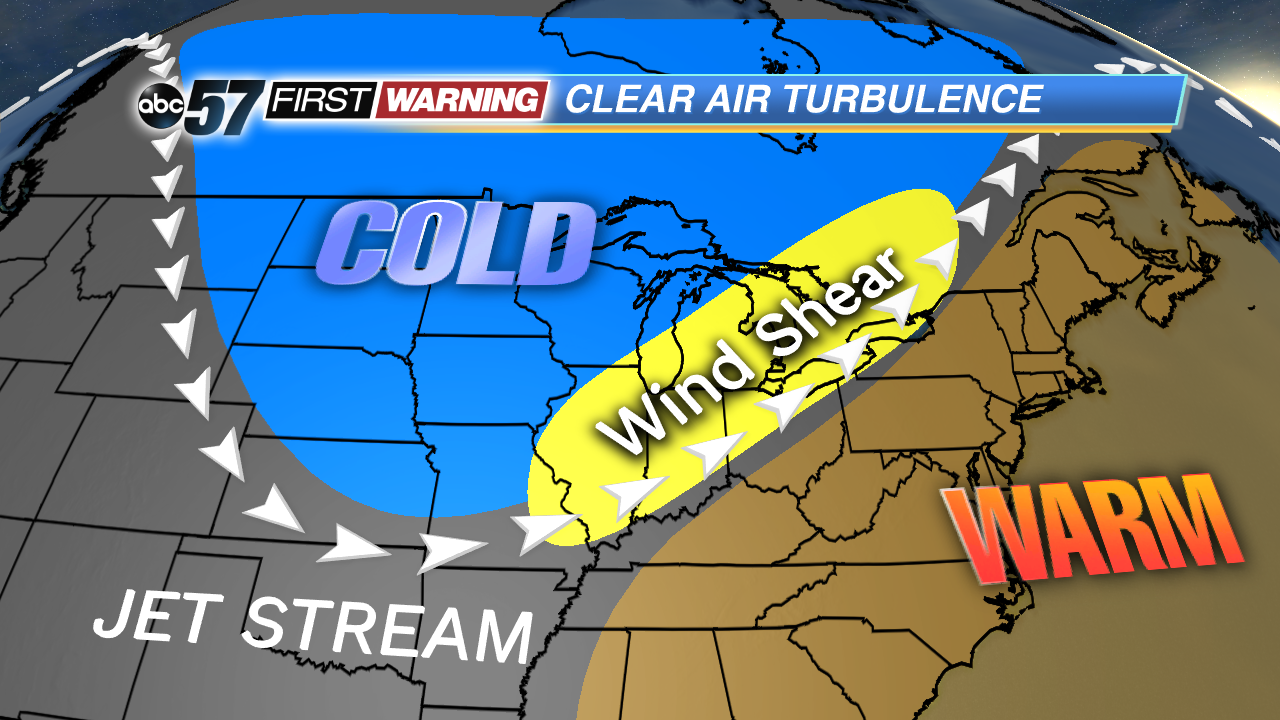 There has already been a rise in the number of in-flight occurrences of clear air turbulence, and that number is expected to rise according to model projections accounting for global warming. Increases will be most noticeable during winter, and especially near the east and west coasts.