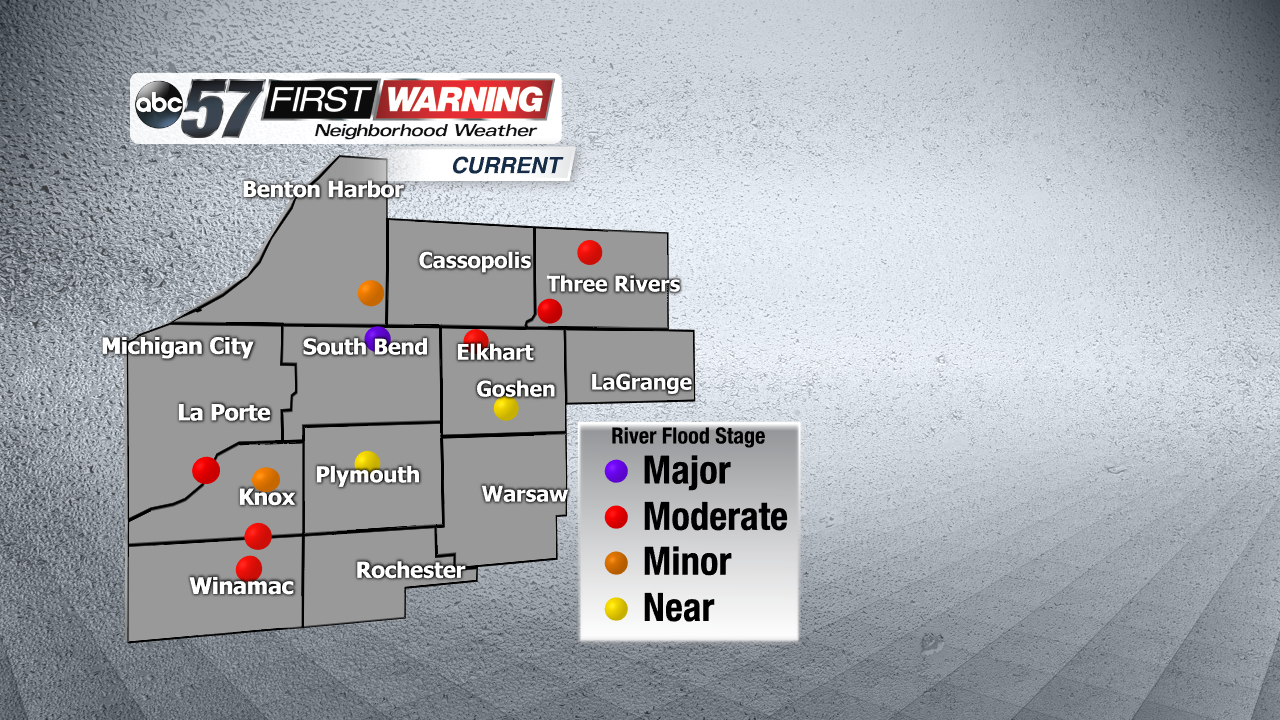 Nearly every river across Northern Indiana and Southwest Michigan has receded to below Major Flood Stage. The only exception is the St. Joseph River in South Bend, which is still sitting just above the Major Flood Stage credentials. Some of the hardest hit areas have dropped below flood stage altogether. This includes the Elkhart River in Goshen and the Yellow River in Plymouth.

Other rivers that remain at Moderate Flood Stage are expected to continue receding to Minor Flood Stage and below by the end of the week. The caveat is an additional round of soaking rain that is forecast to move through Wednesday into Thursday. 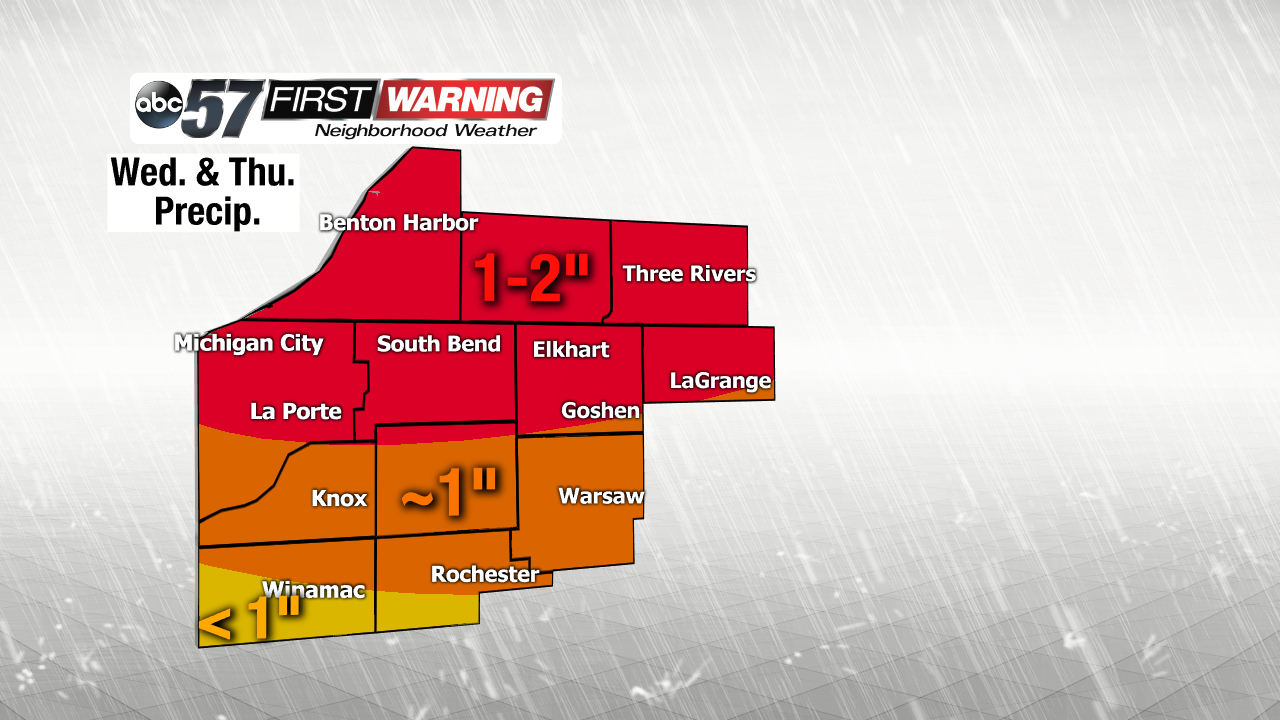 As of Tuesday afternoon, the rainfall is expected to exceed one inch across the northern half of Michiana. There is a chance that some locations pick up as much as two inches of rainfall over the course of a 24-hour period. While additional significant flooding is not anticipated, this rain will lengthen the period of recovery for areas that experienced severe flooding over the last week. 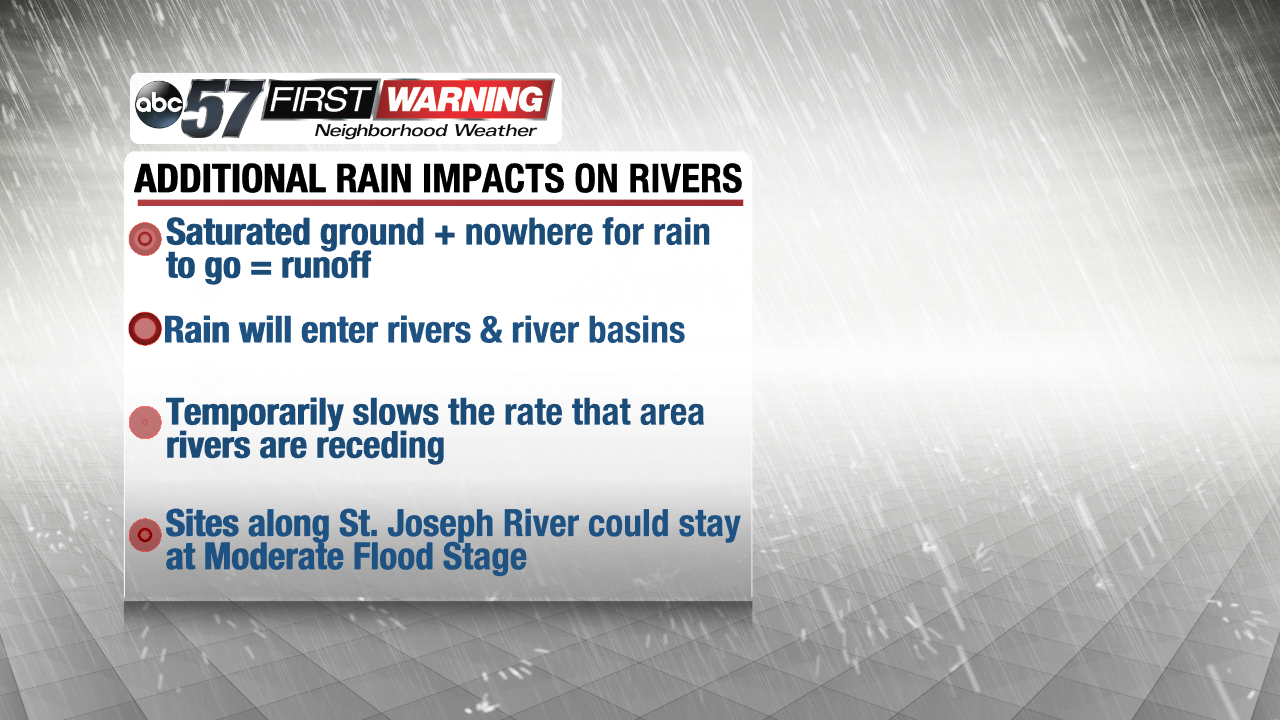 That's because the ground is saturated and swollen. Thus, there is simply nowhere for the rainfall to go except for into creeks, streams and rivers as runoff. Thankfully, the recent dry, sunny and mild stretch has allowed nearly all rivers to subside significantly. That is why river levels are not expected to rise too terribly much following this system. If more rain than currently predicted ends up falling, then some rivers may return to a higher flood stage than where they currently stand. 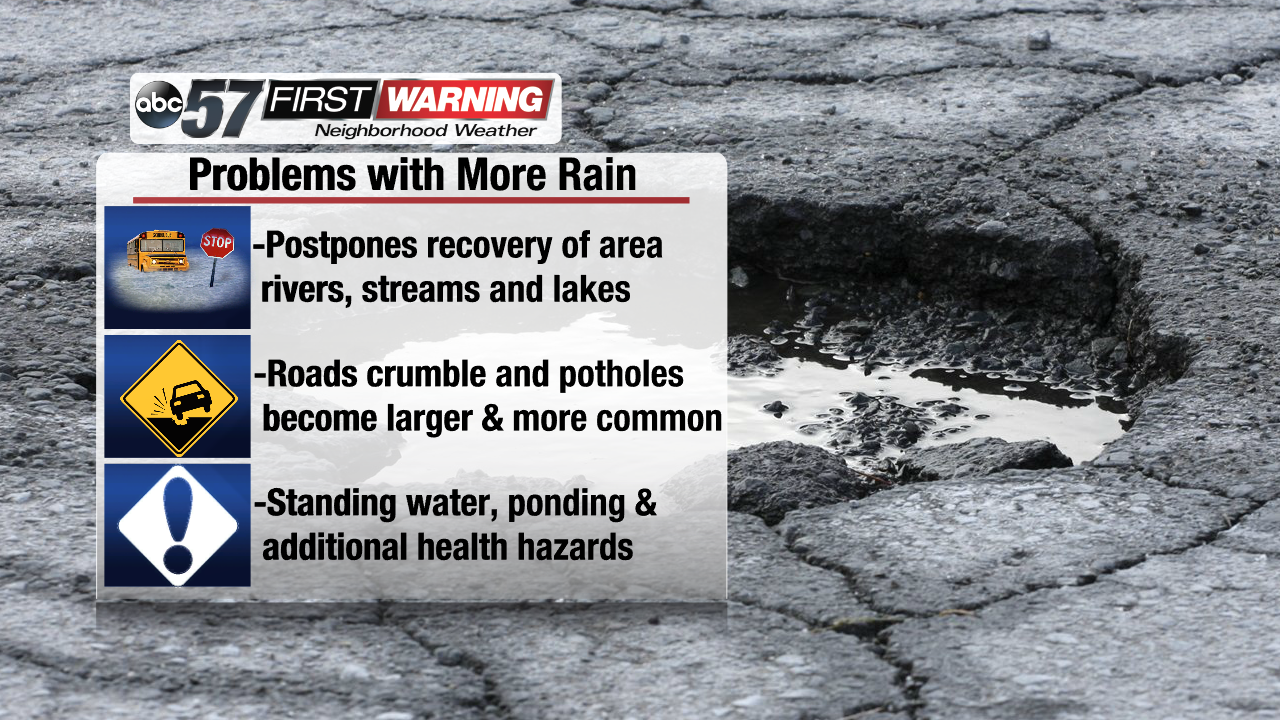 Not only is the additional rainfall unwelcome for areas trying to recover from recent flooding, but roads and highways as well. The ground below the asphalt and pavement is saturated, and that will allow for roads to continue crumbling with each and every rainfall. This, in turn, will result in new potholes and current potholes growing in size. In fact, each time it rains over the next month or two, pothole issues will be exacerbated. That is thanks to the material that road crews use to patch potholes in cold weather. It is a temporary fix. Until temperatures warm up and hot-mix asphalt becomes available, pothole repairs are simply temporary. Once hot-mix asphalt is able to be used in the spring, pothole fixes will be permanent and rain will not impact road conditions.

A few other concerns regarding the upcoming rain include ponding of water on roadways and potential health hazards associated with standing water. The rain will also temporarily fill potholes, making them extremely difficult to see, especially at night. As a result, it is important to remember to use caution if you plan on traveling Wednesday night and Thursday.