Record cold continues Tuesday along with lake effect snow showers. Highs in the teens would make for another coldest high for March 5th. Lake effect snow showers up to three inches possible north of the state line through Wednesday morning. Northern Indiana will see mostly flurries. There’s a slow warm-up the rest of the week. A very March-like weekend with highs in the 40s, rain and then snow Sunday into Monday. 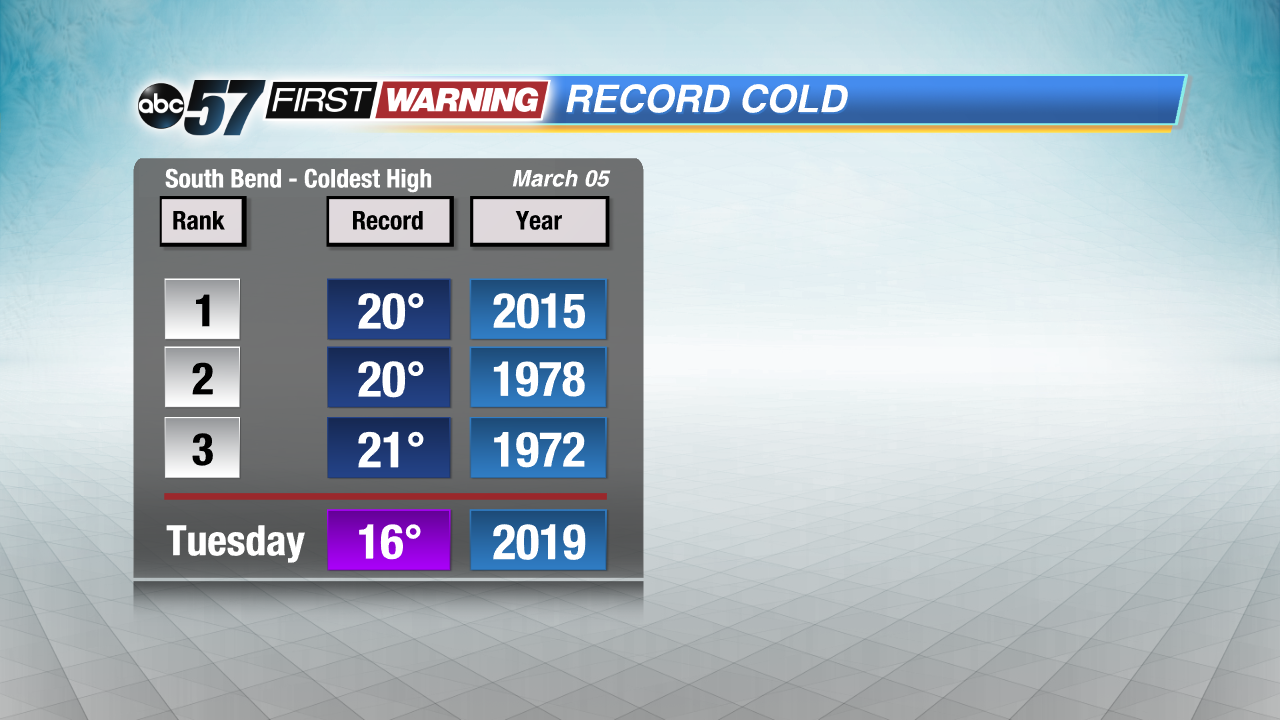 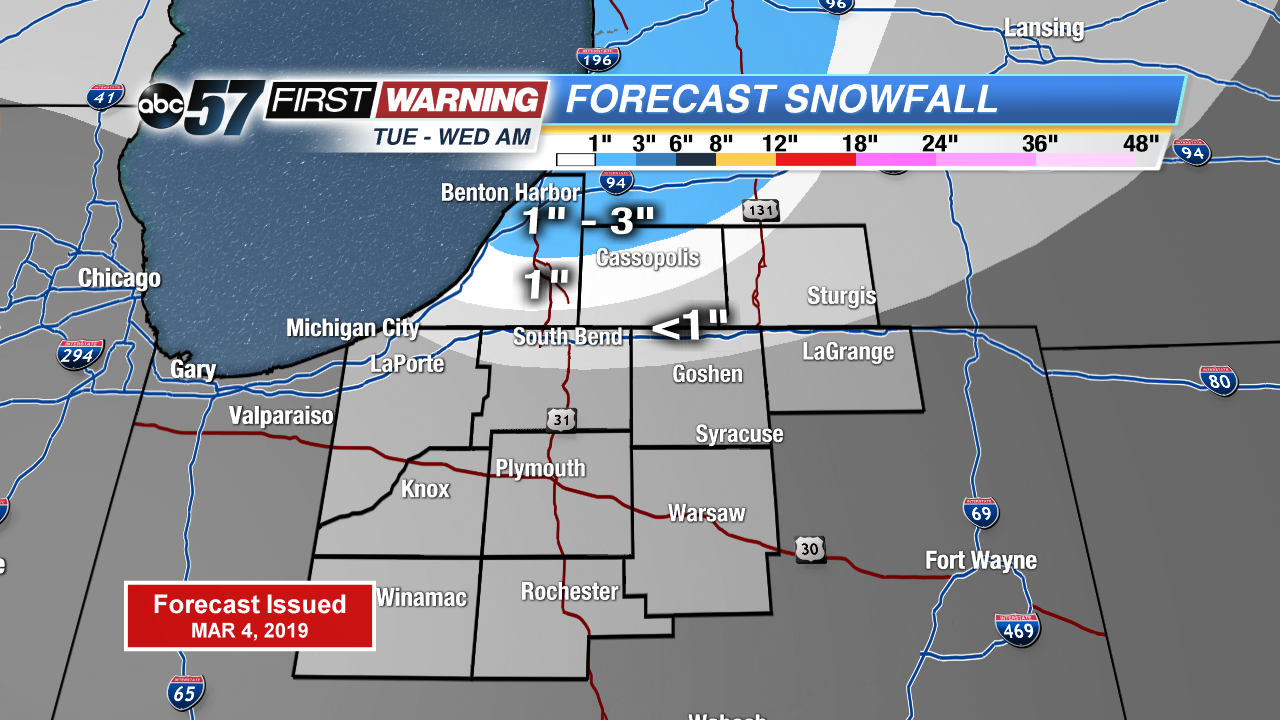