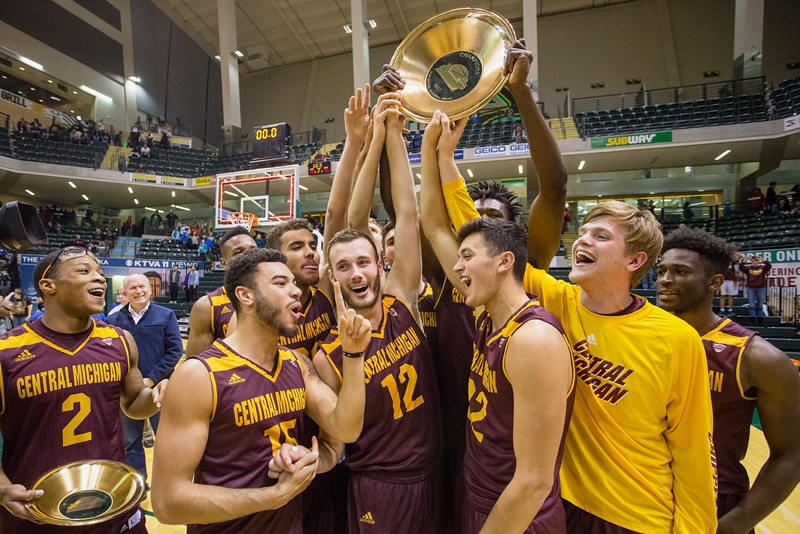 Courtesy Jeff Kozinski
Maybe you've heard of them, maybe not. The Kozinski brothers have made their mark on southwestern Michigan basketball -- four years apart. Now that they're in college, The Edwardsburg natives are playing their first and final season on the same court.

“It would be great to play one year with Josh,” said Adam.

For the two, their basketball careers took off on the hardwoods of Edwardsburg High School. They also attribute much of their success to their father, Jeff, who has been a teacher at the high school for over two decades and their coach.

“Fortunately, I got to coach both of them in travel basketball with the Michigan Mustangs, very high-level basketball,” said Jeff. “Their big sister, Emily. Emily would beat the crud out of both Josh and Adam and they knew they had to respect their sister, so they couldn’t throw an elbow back.”

He continued, “It’s always been a team effort working with the kids, all three kids. That’s kinda how we approach not just basketball but life. Us five make a heck of a team.”

Josh was a 4-year letter winner in basketball and golf, three years in tennis.

The First Team All-State player committed to Central Michigan University on a full ride scholarship in 2013.

His younger brother, Adam, was an all-conference player. He also lettered in three sports, but his junior year budded the realization that he needed to work harder to reach his goal of playing Division 1 basketball like his older brother.

“My junior year it was I was trying to become the guy to go to for high school. That’s when I was like ‘oh man, I need to step it up,’ because if I don’t make these shots or play the right defense then I wasn’t going to be the man anymore,” said Adam.

He stepped it up.

After racking up 2,600 points during offseason basketball, a sought-after opportunity at CMU’s basketball camp landed him a spot on the team.

“Coach Keno talked to Josh and was like, ‘Hey. What do you think about Adam coming on the team?’ I was like ‘what is going on?’ I was really nervous but after he said it, I was bursting with joy,” said Adam.

His father added, “I remember coach Keno Davis sat us down in his office and invited Adam up for a visit. It was Adam, my wife [Aimee], and I and Coach Keno and he offered Adam. It was something else. I remember telling Adam he would have never gotten that offer if he didn’t work hard.”

Adam knows he has big shoes to fill.

Josh, now playing his fifth year of eligibility for the Chippewas, leads his team and the 3-point record book, draining 272 3-pointers during his career and surpassing the previous school record.

Josh Kozinski was just honored prior to tip off with Buffalo for becoming CMU's career leader in 3-pointers. Congrats Josh! #FireUpChipspic.twitter.com/0hT0uEocmU

It was not the start to his basketball career he thought he would have. Josh suffered a season-ending injury after playing in nine games his freshman year.

“It was tough. Moving away three hours away as a freshman, being away from home, and not playing as much as you’re used to – it’s tough,” he said. “I had that season-ending injury my freshman year. Never did I ever dream of breaking a 3-point record at a Division 1 school.”

The duo says playing together is something they’ll have to get used to, but it’s nothing short of amazing.

“It’s kind of weird because usually if you’re playing backyard basketball, you’re usually just playing against him. Once I actually got to play with him, actually pass the ball to him and he can shoot it or vice versa, it’s really cool,” said Adam.

Amiee, Josh and Adam’s mother said, “We’re just really excited about the season. Having both boys together, it’s really given them a great opportunity for bonding at an older level and Josh has been a great mentor for Adam. Adam is really taking in this time with his big brother.”

As Adam put it best, the feeling of playing basketball on the same team as Josh is a feeling he can’t really describe. It’s just a “brother connection.”