Mother and son killed in head on collision on Christmas Day 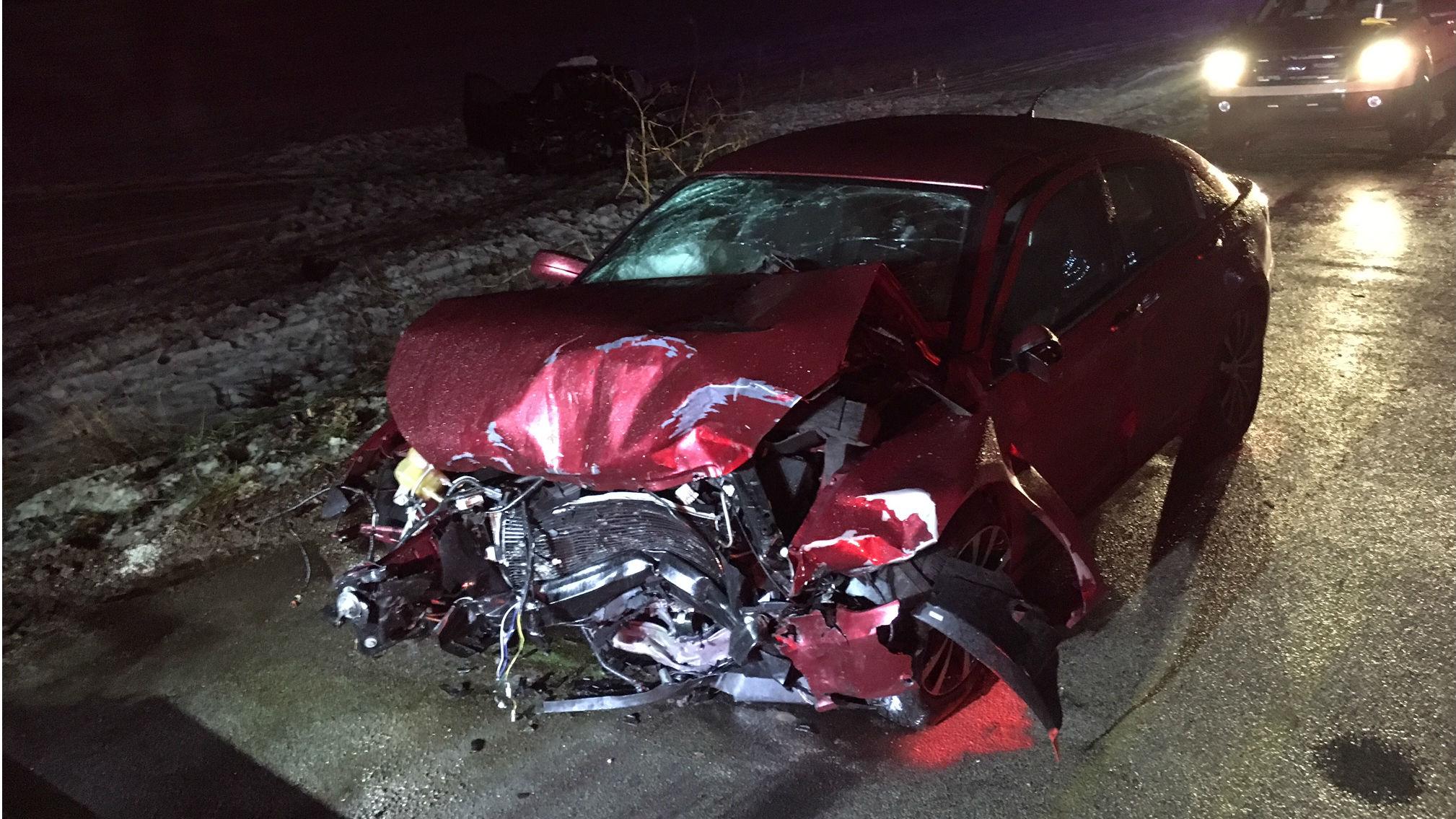 Kosciusko County officials are investigating a crash that killed a mother and her son on Christmas Day in Syracuse, Indiana.

The two-vehicle crash happened at the intersection of County Road 1200 North and Syracuse/Webster Road.

Preliminary investigation determined that 26-year-old Mickgomery Hisey of Syracuse was driving his 2015 Chrysler and had purportedly attempted to “drag race” in the wrong lane of traffic before the collision happened.

Deputies say witnesses told them that Hisey had begun passing another vehicle heading west on a hillcrest just before the intersection.

That’s when police say Hisey’s vehicle entered the intersection and hit the 2016 Pontiac that was being driven by 67-year-old Stephen Conrad Sr. of Syracuse.

Conrad was extricated from his vehicle and transported to Lutheran Hospital in Fort Wayne in serious condition.

Conrad’s passengers, his son 32-year-old Stephen Conrad Jr. and his wife, 61 year-old Kim Conrad were pronounced dead at the scene by the Kosciusko County Coroner.

Deputies say Hisey was also extricated from his vehicle, along with his passenger by the Syracuse/Turkey Creek Fire Territory.

His passenger was taken to Lutheran Hospital, Fort Wayne, in serious condition.

Kosciusko County Fatal Team reconstruction members stated that the crash is still under investigation at this time.

“She served as a Kindergarten Teacher, a Literacy Coach, and mentor to many.  Even in her retirement she enjoyed filling in as teacher, most recently at Milford School as a first grade teacher. She was well loved by all of her students and the Syracuse community. She will be greatly missed by all of our schools.”