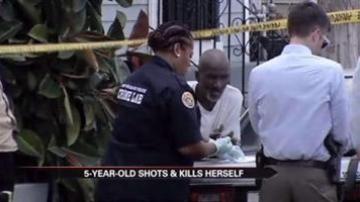 NEW ORLEANS — A five-year-old girl is dead after shooting herself with a handgun. Her mother is facing murder charges.

Investigators say the mother left the girl home alone while she went to the store on Sunday.

While she was gone, police believe the girl found the gun and accidentally shot herself.

Police say the mother confessed to having a gun inside of the home.

Family members say the gun belonged to a friend and it was temporarily being kept at the woman's house on the top shelf of a closet.

The 28-year-old mother is charged with second degree murder.