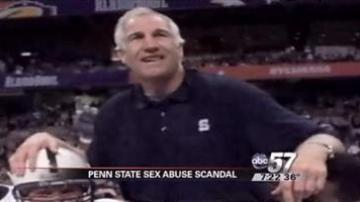 STATE COLLEGE, Pa. -- A parent of a child involved in the Penn State sex scandal is speaking out.

The mother who did not want to be identified says her son was of one of the boys Jerry Sandusky molested.

She says her son was just 11 when he met Sandusky at the coach's Second Mile foundation. According to the grand jury indictment, the boy spent time with Sandusky every weekend in 2007.

Legendary coach Joe Paterno ,who was fired as a result of the scandal, will not attend Saturday’s game.