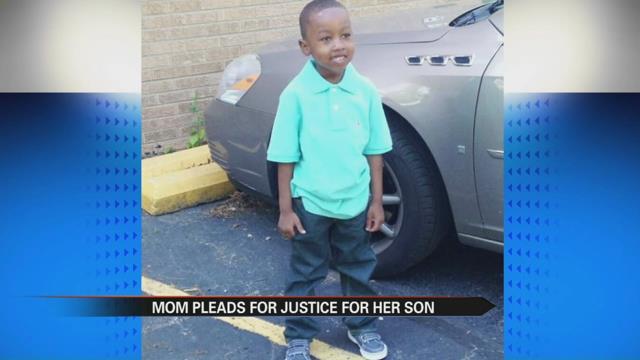 A year after her 5-year-old son died while at a Michigan City daycare, the mother of Amereon Williams is still waiting for justice.

“He should be about to enjoy his birthday, he should be with his sisters, he should be living his life. But instead today makes a year that my baby's been gone from us,” Anita Leflore said.

On June 9, 2014, Leflore dropped off 5-year-old Amereon and his two sisters at Tricia's Playhouse in Michigan City.

It was a daycare her children had attended for two years.

But it would be the last day Leflore would see her only son alive.

“It's still shocking to know that I'm not going to ever seen my son again,” she said.

Amereon and other children were outside playing on a slide when a rope got wrapped around his neck.

Hours later he was pronounced dead as a result of asphyxiation due to hanging.

Three employees, including the daycare's owner Tricia Calvin, were charged in connection to his death.

But one year later, with no trial or sentencing in sight, Leflore wonders if there will be justice for her son.

She says his death could have easily been prevented had the women she trusted done their jobs.

“He lost his life because they wasn't doing their job period. Someone is responsible for that,” Leflore explained.

She said it was too hard.

Leflore has since returned home to Chicago, the place she'd left hoping to give her children a better life.

“I wanted to give him a chance to have fun in life. Go outside, play, have fun without dodging bullets,” said Leflore.

It is days like today she said she wishes she had never left.

Erika Merriweather will have a status conference hearing June 12 at 8:30 a.m.