Mother, twin 18-month-old daughters identified as victims in fatal crash on I-465 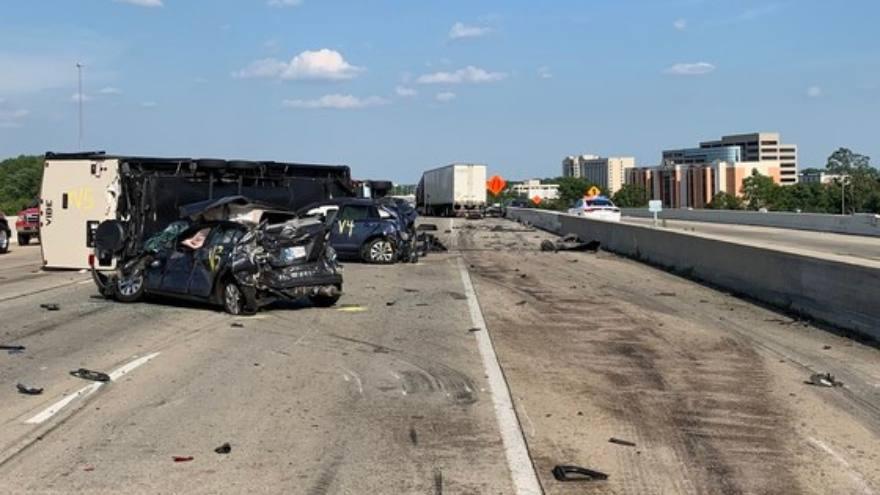 INDIANAPOLIS, Ind.—Police have identified the victims in the fatal crash that happened on I-465 near Keystone Ave. around 12 p.m. on July 14.

The victims, Alanna Norman Koons, 29, and her twin 18-month-old daughters, June and Ruby Koons, of Indianapolis, were pronounced deceased at the scene of the crash, according to Indiana State Police.

The 57-year-old driver of the semi-truck involved in the crash, Bruce Pollard, was arrested Sunday night on suspicion of three counts of reckless homicide and five counts of criminal recklessness causing injury.

During the preliminary investigation, police determined that Pollard was allegedly driving above the posted speed limit at the time of the crash.

Seven other people were injured in the crash. Their conditions are unknown.

Formal charges are pending per the Marion County Prosecutor’s Office.