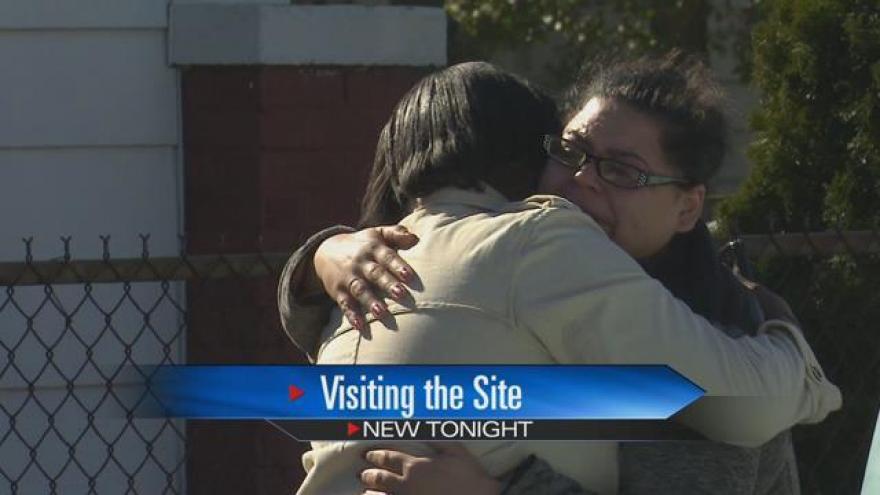 The mother of the teenage brothers killed in Tuesday’s car crash spoke for the first time at her sons’ vigil Monday. ABC 57 was the only TV station there.

Shermaine Phillips visited the site where her sons, 16-year-old Samuel Phillips and 15-year-old Jermaine Fleming--died for the first time since the crash Monday afternoon.

“This is the last baby seconds of my kids life, like right there,” she said.

Candles and stuffed animals now sit amid the shards of a crash that claimed two brothers’ lives.

“I said it all the time, was it only takes three seconds to mess up forever,” said their mother, Shermaine Phillips.

“I didn’t know what happened until I I-D-ed their bodies-- and I’ll never forget, Sam was immediately to room left in room 8, and when they opened room 9, Jermaine was there,” said Phillips.

Sam and Jermaine were driving a stolen SUV Tuesday when police pursued them.

They took off and ended up crashing into a tree on Humboldt Street, killing the two brothers and seriously injuring their two friends.

“While I stand here at this tree, I don’t know what they went through, but I know what I’m going through right now. I hurt real bad,” said the brothers’ grandmother, Dorothy Kimble.

“I can’t tell you what they were thinking, but they’re boys, they probably got lazy. They probably said, okay, there’s a ride home. I mean, they’re teenagers, and if every teenager had to pay with their life, we wouldn’t have kids,” said Shermaine.

One of the passengers who survived, Christian Harris, showed up to the vigil.

He could only bring himself to write a message saying, “I miss you,” to his lost friends.

“I can’t be mad at God even if I want to, because I feel like if I didn’t lose them both in that crash, I would have still lost them both,” said Phillips.

Now, she’s trying to leave behind the tree that will haunt her and remember her eldest sons’ smiles.

“They were awesome. They cared about everybody around them. I think they loved each other most.—And I’ll never stop missing them,” said Shermaine.

Phillips plans to hold a joint funeral for Samuel and Jermaine Friday afternoon at 1 p.m. at Full Gospel in Michigan City.