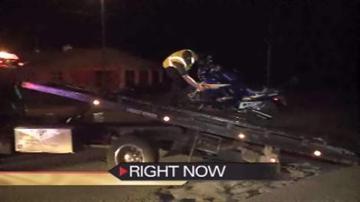 SOUTH BEND, Ind. — A portion of S.R. 23 was shut down for nearly an hour following an early morning motorcycle crash.  According to police, the motorcyclist lost control around midnight and wrecked.

Police believe that speed may have been a factor in the crash. They also say two other motorcyclists were speeding alongside the man who crashed.

Police say that the motorcyclist was tossed from his bike and landed in the grass. They say he should be okay. He was taken to Memorial Hospital.

A police officer at the scene told ABC57 that the man did not get any tickets.