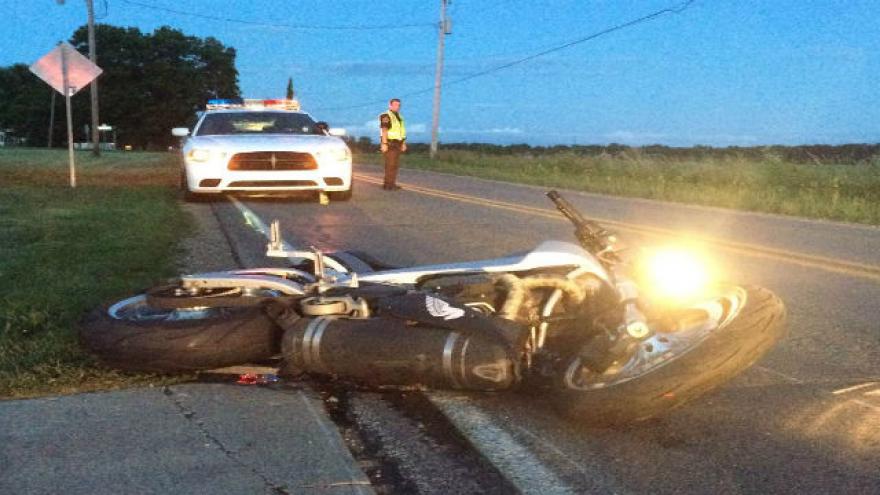 An Osolo Township firefighter at the scene said the male victim, who was not identified late Thursday, suffered serious but non-life-threatening injuries to his shoulder and leg.

A MedFlight helicopter flew to the Osolo EMS building about a mile west of the scene to airlift the victim to Memorial Hospital in South Bend for treatment.

The Elkhart County Sheriff's Department was investigating the crash but hadn't released any information by early Friday.