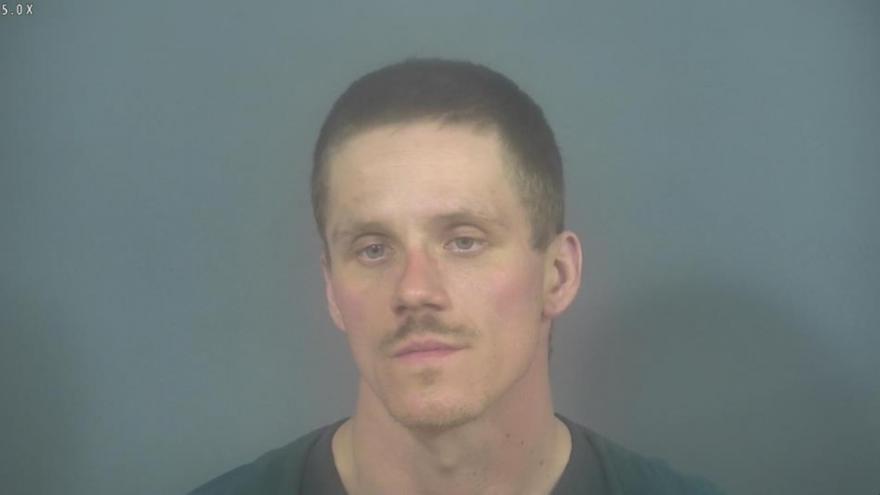 The trooper caught up to the motorcycle as it got stuck in stopped traffic at a traffic light at Quince Road.

The trooper turned on his lights and siren as the motorcyclist and trooper went through the intersection.

The rider of the motorcycle, 28-year-old Timothy Hefner of Michigan City, allegedly looked back at the trooper before moving to the right shoulder and slowly crossing the westbound lanes of S.R. 2, reports said.

Hefner then sped up while heading eastbound in the westbound lanes, police said.

At the traffic light at Quince Road once again, Hefner turned back around and traveled westbound in the westbound lanes of S.R. 2, reports said.

The chase continued onto the U.S. 20 Bypass heading eastbound when Hefner allegedly reached back and flipped up his license plate so it could not be read, reports said.

As the chase approached the Mayflower Road exit, Hefner slowed down but went past the exit and started to go down the ramp for traffic entering the Bypass from Mayflower Road.

Hefner tried to turn his motorcycle around but bumped the guardrail and lost his balance, reports said. Hefner fell on the ground and his motorcycle fell on his right leg.

Hefner was then safely taken into custody. He was also found to have medication identified as a controlled substance, police said.

Once he was medically cleared, Hefner was taken to the St. Joseph County Jail.