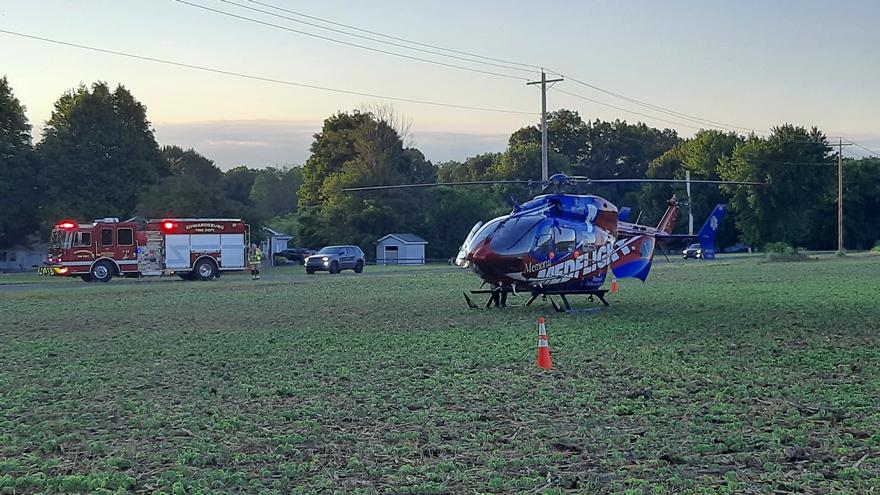 ONTWA TOWNSHIP, Mich. -- A driver was arrested after turning into the path of a motorcycle at Elkhart Road and May Street early Monday, according to Ontwa Township Edwardsburg Police.

At 5:45 a.m., officers responded to Elkhart Road and May Street and located 42-year-old David Whalen lying in the road.

The investigation revealed Whalen was southbound on Elkhart Road when the driver of a vehicle attempted to turn westbound onto May Street, police said. Whalen's motorcycle struck the passenger side of the vehicle.

Whalen was not wearing a helmet, police said.

Whalen was transported to the hospital by helicopter.

The driver of the vehicle involved was taken into custody on preliminary charges of no insurance, no operator's license and reckless driving causing serious impairment of bodily function.

Police did not release the name of the driver pending their arraignment. Police also did not describe the type or make of vehicle driven by the person arrested.