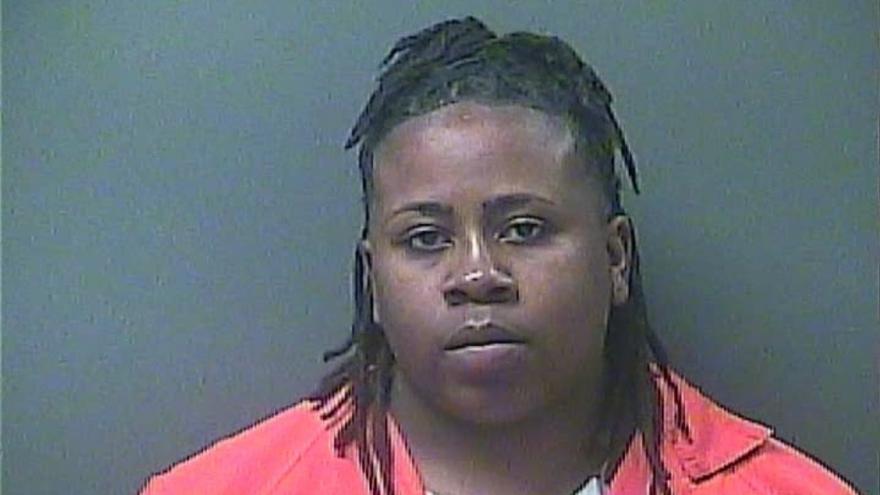 Lavidika S. Johnson, 34, of LaPorte, Indiana was arrested Thursday morning on an outstanding warrant after a high-speed chase.

as the traffic stop progressed, Johnson sped off in the vehicle initiating a high-speed chase.

According to officials, the officers pursued Johnson, which led them to the Indiana/Michigan state line on US 12. MCPD officers terminated the pursuit.

Later in the evening, Deputy William Masterson located a vehicle matching the description traveling southbound in the 9000 North block of SR 39.

Once the vehicle passed, Williams noticed the vehicles exterior lights turned off. Deputy Masterson turned around and caught up with the vehicle and confirmed it was the vehicle Johnson was previously operating.

According to officials, Deputy Masterson continued to pursue Johnson into LaPorte and several city streets, which led back onto SR 39 traveling Northbound to the Michigan state line.

Deputies did pursue Johnson into Michigan, Weston US 12 and then back to Indiana. Johnson completed a U-turn shortly after to head back into Michigan.

Near the intersection of US 12 and Clay Street, Johnson drove the vehicle off the roadway, and crashed the vehicle into a wooded area.

Sergeant Andrew Hahn opened the window in the driver’s door to allow entry of the vehicle. Sergeant Hahn, Deputy Masterson, and Deputy Austin Howell took Johnson into custody according to officials.

MCPD officers and LCSO Deputies will be seeking arrest warrant’s for Johnson, according to officials. Johnson will be extradited back to the La Porte County Jail in Indiana.