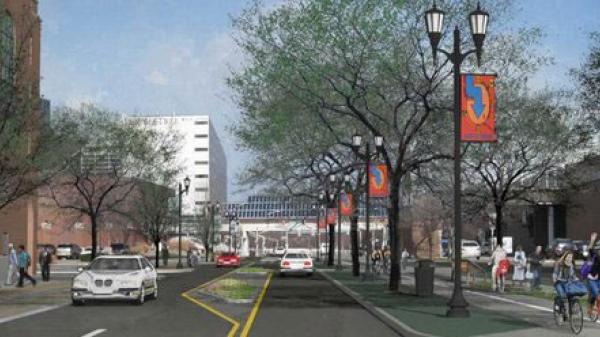 In the long run, the “Smart Streets” project aims to make downtown safer for everyone by turning 5 lane one-ways into two-ways.

But shutting down one of downtown’s main arteries is expected to create some headaches, starting Tuesday morning.

On Tuesday, South Bend will begin the largest phase to date  in the city’s Smart Streets Initiative and if you use Transpo for your commute, they will have multiple detours for their routes.

If you rely on the Route 5 North Michigan bus, starting on Tuesday, the outbound buses will detour to avoid the construction area at Colfax Avenue.

The buses will then hop on Niles Avenue and head north to North Shore Drive, where the regular route around St. Mary’s will pick back up.

Inbound buses will operate on the same detour, only in reverse, taking Howard street west to Niles Avenue and then Colfax to get back downtown.

This means the buses on this route that normally stop at Memorial Hospital will not stop there.

Transpo wants users to know they should use the 3A and 3B Portage bus routes to get to the hospital instead.

A small part of this route will also change starting today.

For the outbound route, buses on St. Joseph Street will turn one block early on Lafayette, and head north to Marion where they will resume their regular route.

Riders who need to get to Memorial Hospital will be able to get dropped off here at the corner of Marion and Lafayette!

Inbound routes will remain the same, there are no detours.