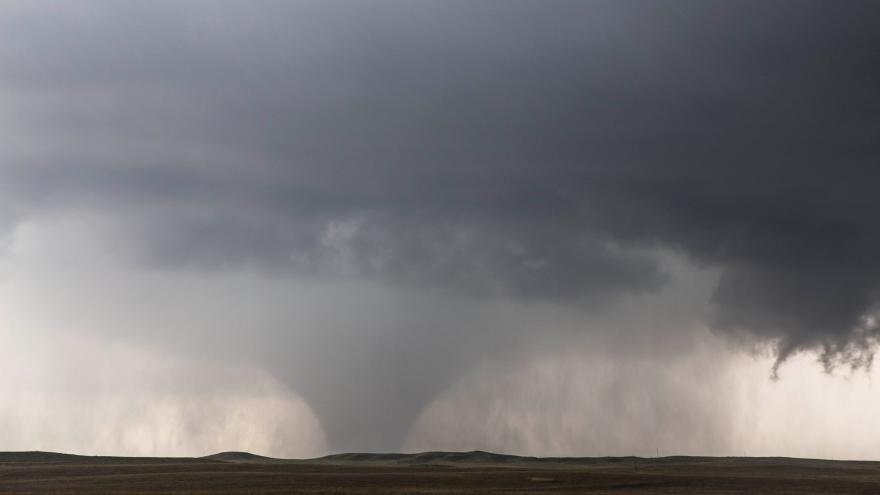 There were more than 150 reports of tornadoes, wind/wind damage and large hail across the country on Tuesday. Included were a few rather strong tornadoes in Wyoming and South Dakota.

There were even funnel clouds reported in both Washington and Oregon, which is not exactly a common part of the country for tornadic development. 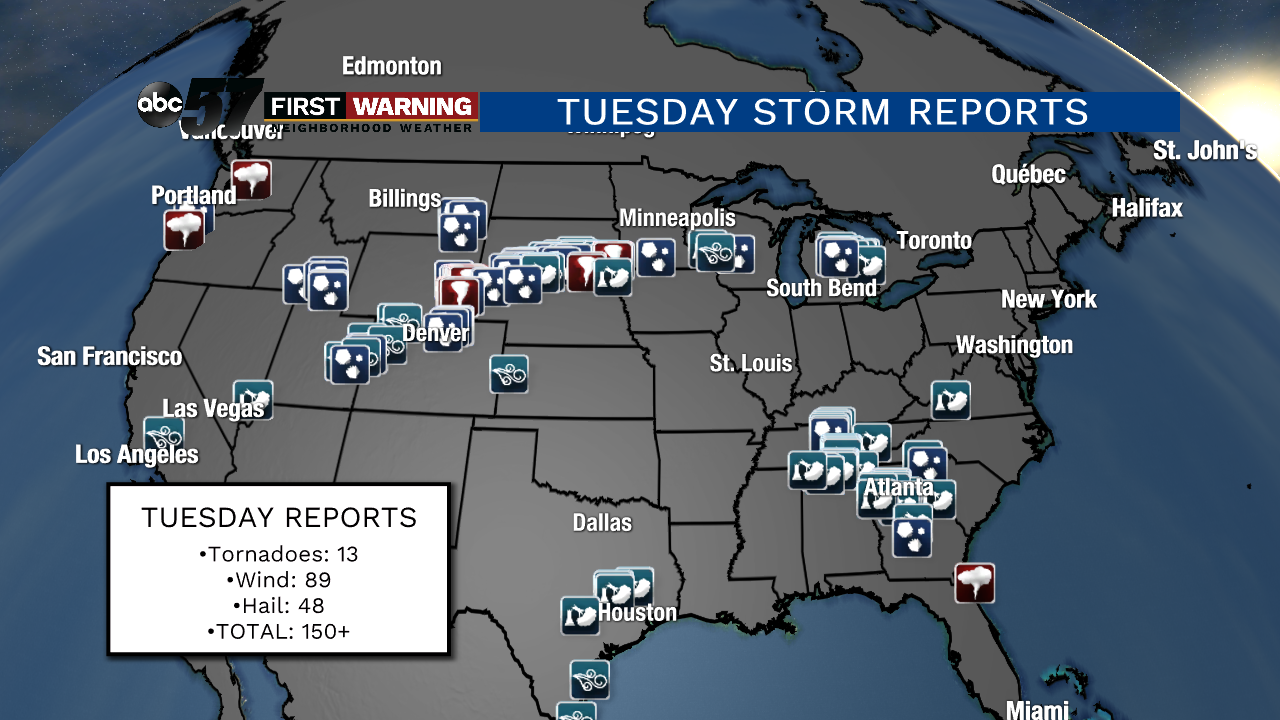 While it's not unheard of, severe weather to this degree is rather rare in September. And there's going to be more of it in the coming days. 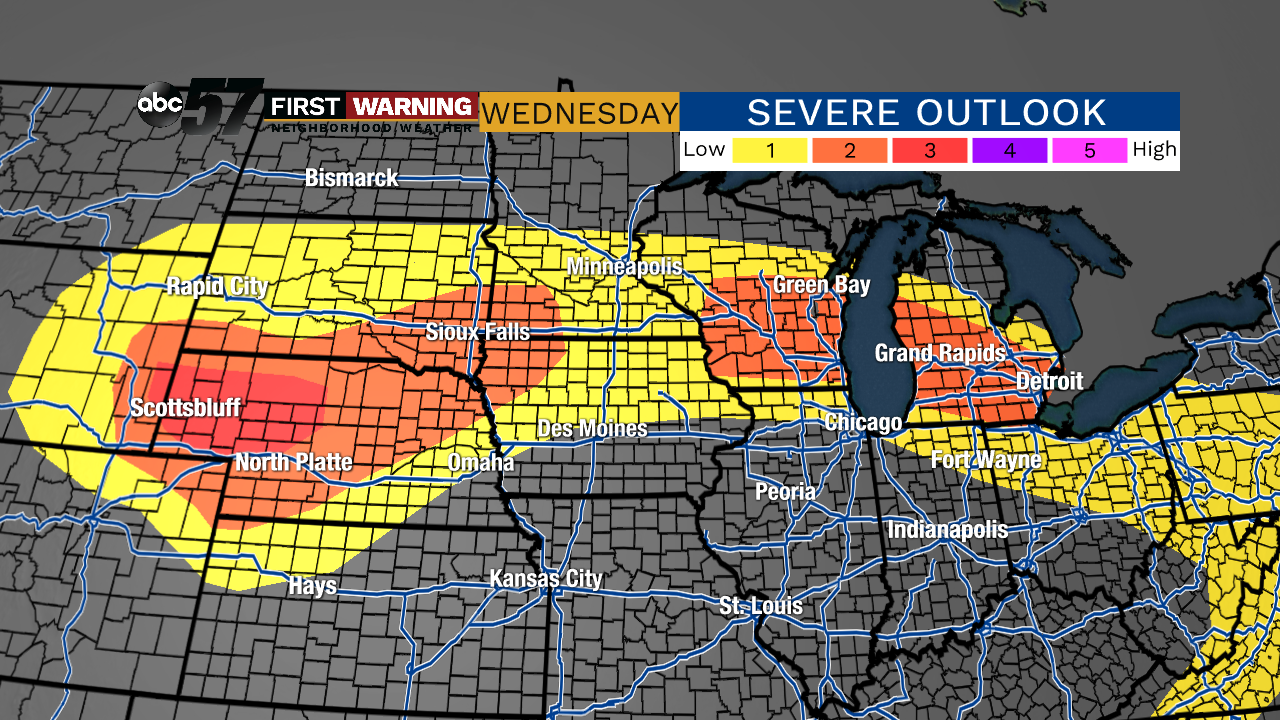 The main threats for the Great Lakes region are damaging winds and an isolated tornado. 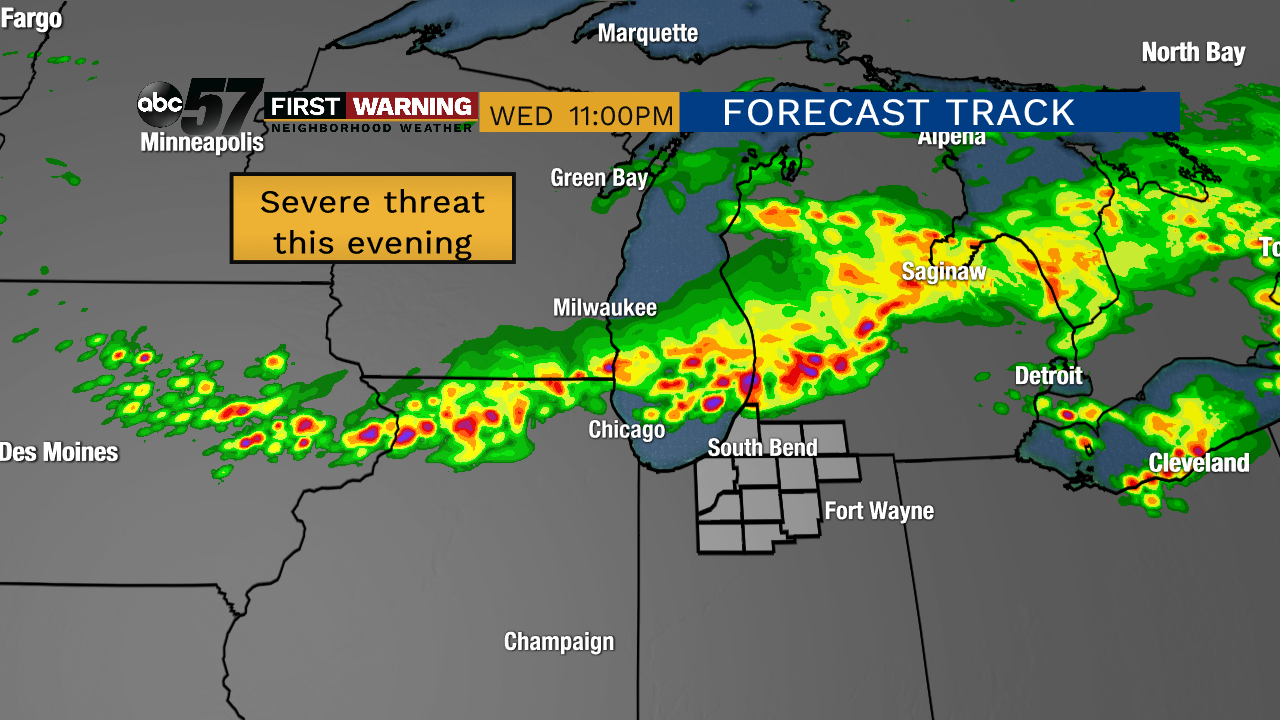 Potential radar Wednesday evening.
The best chance of severe weather in our region will be just to our north across Wisconsin and Michigan. That's where a level 2-of-5 severe threat exists.

Michiana is under a level 1-of-5 "marginal risk" of severe weather for Wednesday evening and night. Widespread severe thunderstorms are no anticipated, but a few stronger cells could make their way into Michiana. 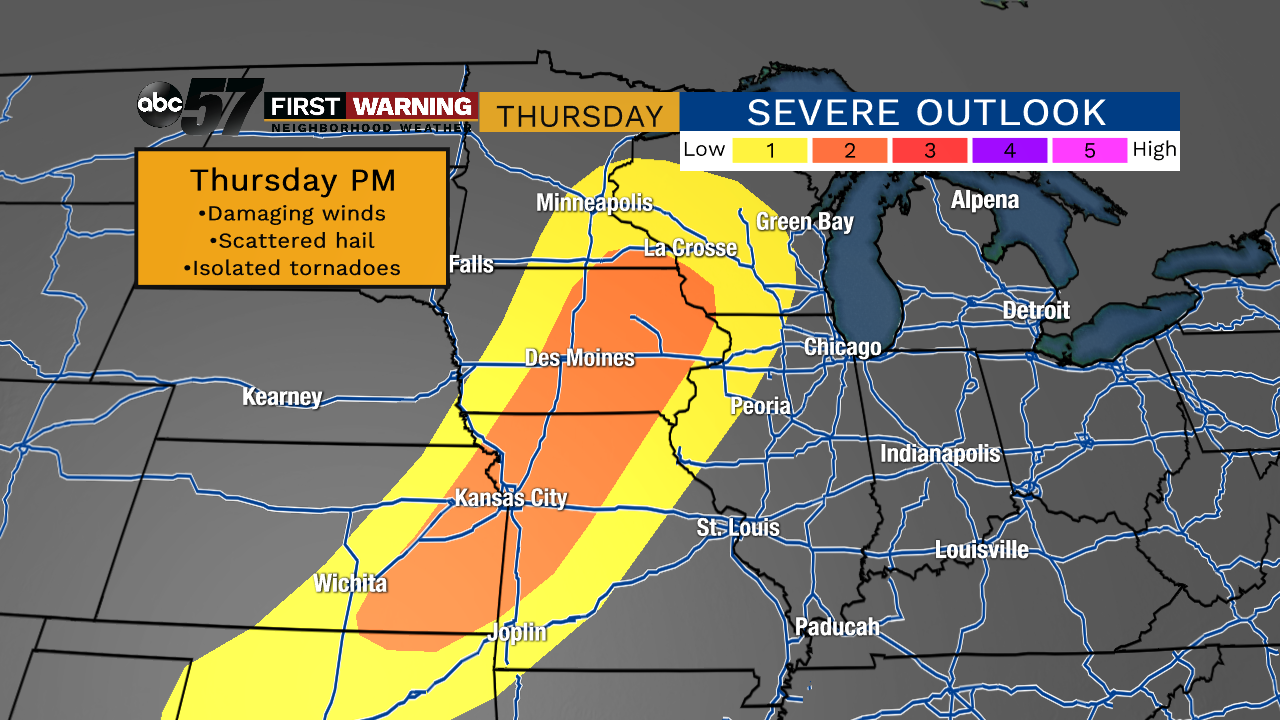 Severe weather outlook for Thursday and Thursday night.
The system responsible for the severe weather will begin to head eastward by Thursday. That will place parts of the Plains and Midwest in the threat zone.

Parts of Minnesota, Iowa, Wisconsin, Missouri, Kansas, and Oklahoma are already included in the severe weather risk zone for Thursday and Thursday night. 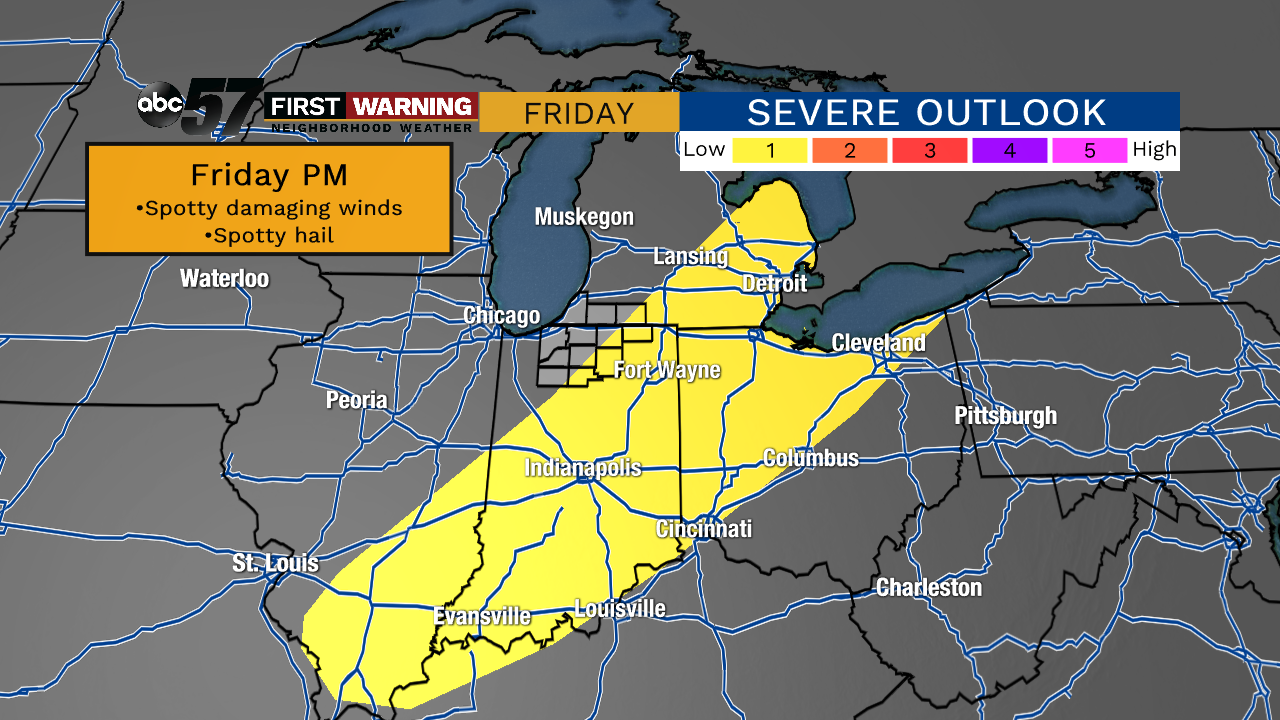 Severe risk zone for Friday.
By Friday, the severe threat shifts even farther eastward into parts of Illinois, Indiana, Michigan, and Ohio. Fortunately, the current outlook suggests our severe threat Thursday night and Friday here in Michiana is very low to nearly zero.

That's simply due to the timing of the cold frontal passage being Friday morning.

Areas like Fort Wayne, Indianapolis, Evansville, Toledo, Dayton, and Detroit will have a higher chance at seeing strong to perhaps severe thunderstorms on Friday.