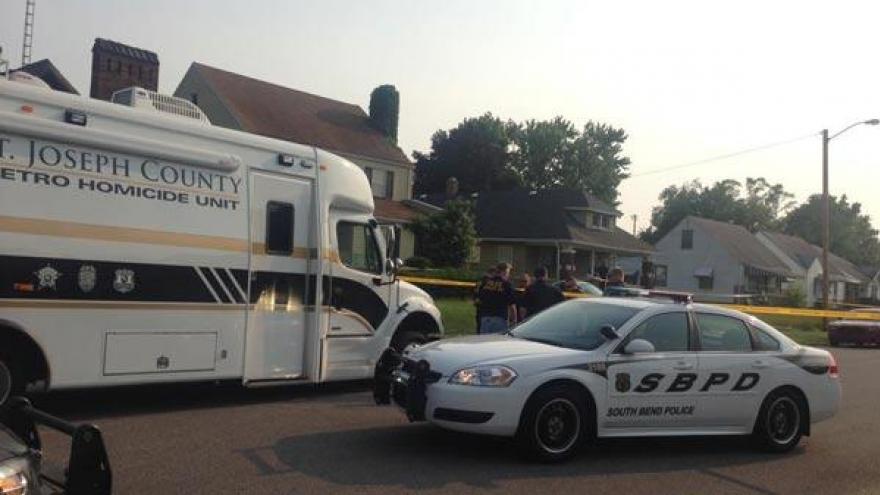 Police were called to the 2400 block of Frederickson Street in South Bend at approximately 5:30 p.m. Tuesday.

When they arrived, they found Wright with multiple gunshot wounds.

A witness said Wright had arrived at her home just a few minutes before the shooting to see the mother of his child, who was at the witness's home getting her hair done.

The witness said Beserra, a man she has known most of her life, had stayed at her house the night before.

Beserra and Wright exchanged words and the witness said she made them leave her home.

She told police the two were out front exchanging words and she allegedly heard Beserra say he had a gun.

The witness said shots were fired, then she saw Wright fall and Beserra run from the scene.

Another witness reported hearing the gunshots, then seeing Beserra with a handgun pointed at Wright, according to court documents.

The investigation revealed Wright was not armed, according to reports.