Murder trial delayed for man accused of killing his ex-wife 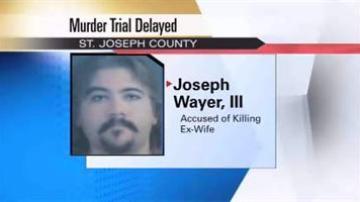 ST. JOSEPH CO., Ind. -- A judge pushed back the trial for a man accused of killing his ex-wife.

37-year-old Joseph Wayer, III, is charged with murder and was expected to go to trial on June 25.

But his attorney told the judge on Monday he needed more time.

Her body was found in a Mishawaka alley in December, near Low Bob's Tobacco.