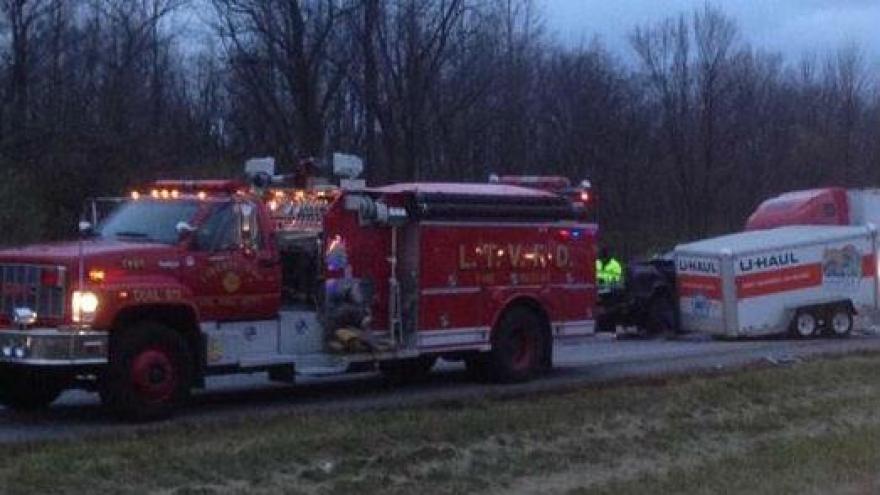 An 11-year-old Chicago boy died in a crash along the Indiana Toll Road Wednesday evening, after Indiana State Police say his father fell asleep and hit a semi.

That's when ISP says Lyke fell asleep at mile-marker 34, drifted off the road and hit a semi on the outer shoulder.

The semi was pulling a box trailer and was driven by 62-year-old Jesus Sanchez.

He had pulled off onto the outer shoulder because he thought he was having possible engine problems.

Before he could leave his semi, he was hit by the pickup's right front side.

That caused the pickup and U-haul to spin out and jack-knife, eventually coming to a rest in the middle of the eastbound traffic lanes.

Hezekiah Thomas, 11 years old and son of Lyke, was a front seat passenger in the pickup.

Thomas was ejected out of the vehicle and came to rest in the road between the pickup and U-haul trailer.

He was pronounced dead at the scene by the Porter County Coroner.

Jeremiah Thomas, 11 years old and the twin of Hezekiah, was sitting in the rear seat and was not injured.

Lyke was taken to Porter Regional Hospital in Valparaiso and then flown to South Bend Memorial Hospital.

Sanchez was not injured.