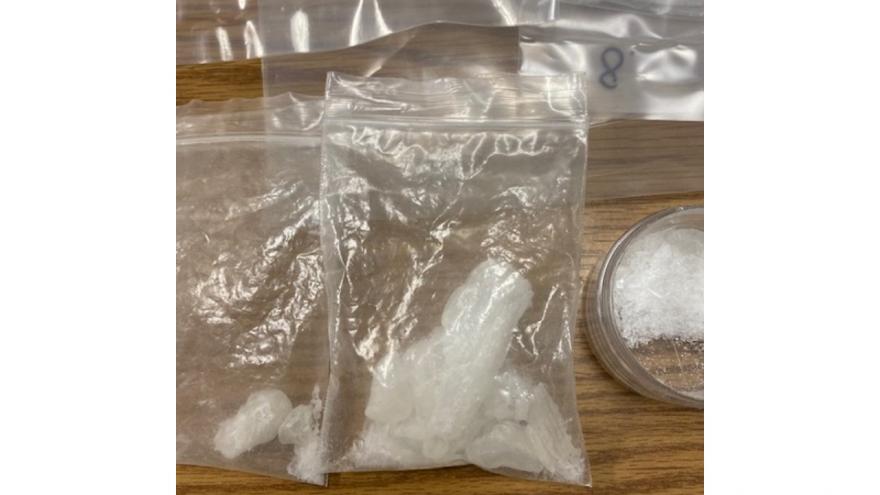 Detectives performed surveillance on the residence in question and saw a vehicle leave the residence. Detectives then made a traffic stop on the vehicle in a nearby parking lot and, after performing a consent search, discovered meth, heroin, and Xanax in the vehicle, detectives said.

The male subject was taken to the Van Buren County Jail.

Detectives saw another vehicle leave the same residence and performed a traffic stop on that vehicle. During a search of the vehicle, detectives found methamphetamine, reports said.

The 43-year-old female was taken to the Van Buren County Jail.

Detectives saw a third vehicle arrive at the residence, stay for a short time, and then leave, reports said.

Van Buren County Deputies, along with a K9, performed a traffic stop on the vehicle. The K9 found a secret compartment on the bottom of the vehicle and in the compartment, detectives found alleged crystal methamphetamine, reports said.

The 35-year-old male was taken to the Van Buren County Jail.

Detectives then conducted a search warrant at the apartment on Marie Drive.

Inside the apartment, detectives found the 36-year-old suspect, a 34-year-old male, and a 9-year-old child.

Child Protective Services was called and removed the child from the residence.

All subjects are pending charges once the case is complete.