NASA's first mission to the sun set for 2018 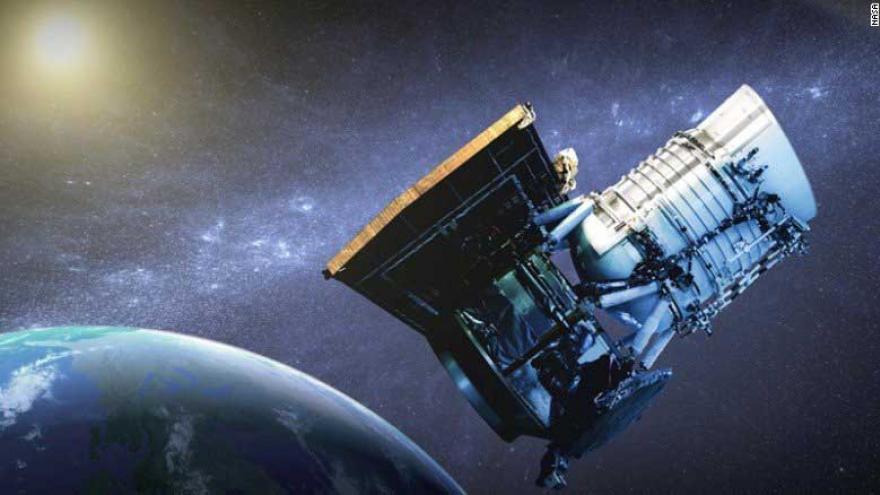 (CNN) -- Wearing a nearly 5-inch thick coat of carbon-composite solar shields, NASA's Solar Probe Plus will explore the sun's atmosphere in a mission that begins in the summer of 2018.

It's not a journey that any human can make, so NASA is sending a roughly 10-foot high probe on the historic mission that will put it about eight times closer to the sun than any spacecraft has ever reached before.

The probe will have to withstand heat and radiation never before experienced by any spacecraft, but the specially designed mission will also address questions that couldn't be answered before. Understanding the sun in greater detail can also shed light on Earth and its place in the solar system, researchers said.

NASA will announce more details about the mission during a news conference that will be carried live on CNN Wednesday at 11 a.m. ET.

This is NASA's first mission to the sun and its outermost atmosphere, called the corona.

The probe will eventually orbit within 3.7 million miles of the sun's surface. The observations and data could provide insight about the physics of stars, change what we know about the mysterious corona, increase understanding of solar wind and help improve forecasting of major space weather events. Those events can impact satellites and astronauts, as well as the Earth -- including the power grid and radiation exposure on airline flights, NASA said.

Solar wind is the flow of charged gases from the sun that is present in most of the solar system. Those winds scream past Earth at a million miles per hour, and disturbances of the solar wind cause disruptive space weather that impacts our planet.

Space weather may not sound like something that concerns Earth, but surveys by the National Academy of Sciences have estimated that a solar event without warning could cause $2 trillion in damage in the United States and leave the Eastern seaboard without power for a year.

The probe will eventually be closer to the sun than Mercury. It will be close enough to watch solar winds whip up from subsonic to supersonic.

When closest to the sun, the probe's 4-1/2-inch-thick carbon-composite solar shields will have to withstand temperatures close to 2,500 degrees Fahrenheit. Due to its design, the inside of the spacecraft and its instruments will remain at a comfortable room temperature.

The probe will reach a speed of 450,000 mph around the sun. On Earth, this speed would enable someone to get from Philadelphia to Washington, D.C., in one second, the agency said. The mission will also pass through the origin of the solar particles with the highest energy.

The idea of the solar probe originated more than 50 years ago, according to the agency. Researchers have wanted answers they hope this mission will provide for much longer than that.