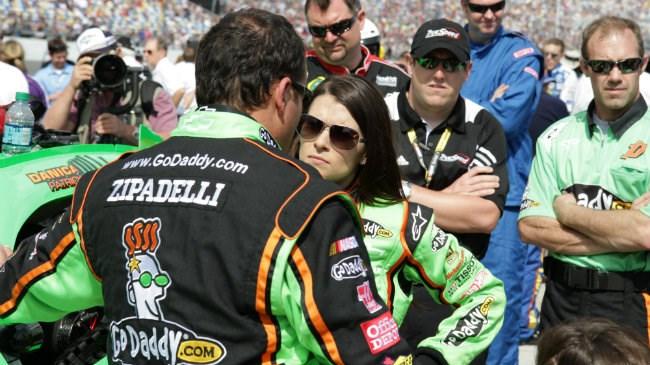 NEW YORK (CNNMoney) -- NASCAR is being sued for allegedly trying to hinder efforts to bring racial diversity to the racing world.

Terrance Cox III, the CEO of Diversity Motorsports, claims that NASCAR refused to work with him and tried to prevent him from increasing the number of African Americans in the sport.

Cox is seeking $500 million in damages for racial discrimination in a complaint filed Monday.

Harvey denied that during his radio show on Tuesday. He said Cox approached him about helping to expose underprivileged kids to NASCAR, and he was willing to participate. But, he said he wanted nothing to do with the suit and told Cox not to use his name.

"I don't want no damn race team," Harvey said. "I don't even like fast-a$$ cars. I'm gonna say it again, so that's my statement. That man gonna mess around, I wish he had some money so I could sue him, but he ain't got none."

In his complaint, Cox said he's been working to increase the number of African American drivers and racing teams since 2009. He founded Diversity Motorsports to promote that effort.

Cox also noted that none of NASCAR's senior management is African American and that only one of the charter teams on NASCAR's website is owned by an African American. (Former NBA player Brad Daugherty has a 10% stake in JTG Daugherty Racing.)

NASCAR has three national racing series -- the Sprint Cup Series, the XFINITY Series and the Camping World Truck Series. The Sprint Cup Series is considered the most prestigious and "viewed as the major league level," according to NASCAR.

NASCAR said in a statement that Cox's suit is an attempt to gain publicity, and that it would pursue action against Cox for defamation.

It also said it "embraces all individuals interested and involved in our sport, whether as partners, fans, competitors or employees, and there is no merit to this lawsuit."

In 2000, NASCAR started offering a diversity internship. In 2004, it founded a diversity pit crew program and an initiative called "Drive for Diversity."