National security moves to the top of 2016 campaign 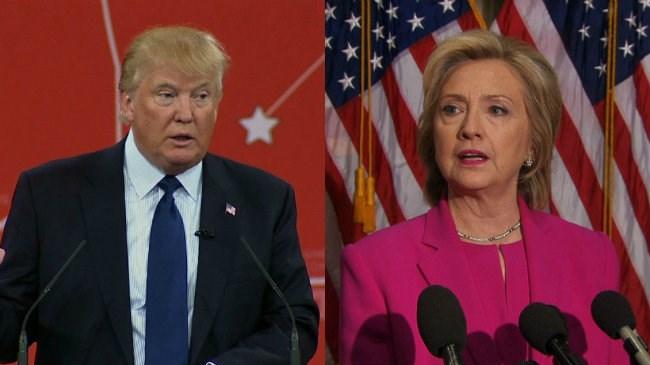 (CNN) -- Donald Trump is emphasizing the terror threat and Hillary Clinton is projecting calm -- but only one of them can be right about how the shock of new attacks will shape a tight election that is now only 50 days away.

The presidential nominees are making gut-level political calls in response to a weekend wave of attacks that thrust terrorism back into the center of their White House duel a week before the crucial first debate.

The bombings in New York and New Jersey and a multiple-casualty stabbing at a Minnesota mall once again highlighted the sharply different approaches to terrorism and national emergencies adopted by Clinton and Trump -- and laid bare the stark choice they offer voters.

Although no one was killed, the attacks underscored the now persistent threat of homegrown terrorism, which might lack the spectacular carnage of 9/11 but spread fear and anxiety widely nonetheless.

A naturalized US citizen of Afghan descent, Ahmad Khan Rahami, who the FBI said was directly linked to the bombings in New York and New Jersey, was arrested following a shootout with police on Monday.

In St. Cloud, Minnesota, 22-year-old Dahir A. Adan was shot by an off-duty police officer after knifing nine people in a rampage claimed by ISIS. No one was killed in any of the attacks.

The Republican nominee is betting that voters are so traumatized and fearful about continuing terror attacks -- or believe that they are not being combatted effectively enough -- that they demand a new playbook and reject those, including Clinton, who embraced the old one.

"This is only going to get worse," Trump warned on "Fox and Friends" on Monday, echoing warnings by US authorities that more homegrown attacks are likely.

Clinton, alternatively, is wagering that voters will reject the more draconian measures favored by Trump and instead back a candidate with an even temperament and years of experience pulling the levers of government power, one who is electing to stay within the current boundaries of law enforcement and military doctrine.

"I know how to do this," Clinton said, summing up her argument at an airport tarmac news conference Monday.

Their contrasting responses followed a weekend of confusion over the attacks on the US East Coast and the American heartland, whether the attacks are due to international terrorism and if they are connected to one another. And though they appear to be unsophisticated in nature and were not deadly, authorities in New York said the situation in Manhattan could have been much worse had a number of additional shrapnel-packed devices gone off as intended.

The different approaches Clinton and Trump have taken on terror were clear from the moment news of the Manhattan incident first filtered out.

Trump told a crowd in Colorado a bomb had gone off and no one knew how bad things were, making no attempt to ease anxiety or uncertainty or wait for authorities to verify what caused the explosion.

By Monday morning, the Republican nominee was raising the controversial issues of Muslim immigration and racial profiling. He said that Clinton wanted to let in hundreds of thousands of refugees into America who had "hatred and sickness" in their heart. And he complained that if a Muslim was suspected of having a bomb in a backpack, it could not be challenged because racial profiling was outlawed.

Trump, who has hitherto refused to unveil the secret plan he has referred to having put together on ISIS, said of his approach to rooting out the terror group: "You have to hit them much harder over there." He was referencing the conflicts in Syria and Iraq that ISIS has exploited to build safe havens.

Clinton, however, deliberately took the opposite, more conventional approach. She told reporters on her plane Saturday night it was important not to race to conclusions in the immediate aftermath of an attack without first knowing the facts. On Sunday she issued a statement declaring the attacks in New York and Minnesota as terrorism, possibly seeking to shore up her own reputation for toughness but also warning that fearmongering was not the answer.

"I am confident we will once again choose resolve over fear," Clinton said in the statement, underscoring where she bet the electorate is at.

On Monday, Clinton sought to mix toughness with control, in contrast to Trump's more emotive statements.

Her comments carried a clear political message as she sought to stop Trump from capitalizing on the attacks and bolstering his argument that he needs to safeguard the country from the dark vision of rampant terrorism that he presented at the Republican National Convention in July.

"Let's not get diverted and distracted by the kind of campaign rhetoric we hear coming from the other side," a somber-looking Clinton said.

"This is a serious challenge. We are well equipped to meet it. And we can do so in keeping with smart law enforcement, good intelligence and in concert with our values," Clinton said, while warning that Trump's positions are "meant to make some kind of demagogic point."

Trump's campaign hit back with a statement accusing Clinton of charging Trump with "treason" and of aiding the rise of ISIS by backing the US decision to withdraw troops from Iraq in 2011.

And as the back and forth between the two campaigns escalated, the candidate himself weighed in with another written statement saying that President Barack Obama and his former secretary of state Clinton had failed to meet the rising threat from ISIS.

"The Obama-Clinton doctrine of not taking ISIS seriously enough has emboldened terrorists all over the world. They are hoping and praying that Hillary Clinton becomes President so that they can continue their savagery and murder," Trump said.

The real-time adjustments of both candidates to the unfolding aftermath of the attacks represent the kind of high-stakes, and potentially fateful, decisions that candidates must make in the politically tempestuous last weeks of an election.

Their decisions are complicated by the fact that both are operating in a shifting political environment with no certainty on how their rival postures will play out among an apparently conflicted electorate.

A CNN/ORC poll this month showed that voters trust the Republican more to tackle terrorism, by 51% to 45%. But the same survey found that voters think Clinton has the superior temperament required of a president (56% to 36%) and is better able to handle the responsibilities of commander in chief (50% to 45%).

It is against this backdrop that Monday's anti-terrorism argument between Clinton and Trump is playing out.

"It's a mess, and it's a shame and we're going to have to be very tough," Trump said on Fox. "I think this is something that ... will happen perhaps more and more all over the country."

The Clinton campaign, for its part, has long believed that in the unwanted circumstances of an "October Surprise" terror attack, voters would turn to experience and a steady hand rather than Trump's more impulsive leadership.

"I have sat at that table in the Situation Room, I have analyzed the threats, I have contributed to actions that have neutralized our enemies. I know how to do this," Clinton said during her news conference.

While Trump responded to the fears of Americans, Clinton issued a call to their intellect.

"We should also launch an intelligence surge to help identify and thwart attacks before they can be carried out. We need to work more closely with Silicon Valley and other partners to counter terrorist propaganda and recruitment efforts online," Clinton said, repeating policies she has long embraced.

She also called for measures to enhance trust between law enforcement and Muslim American communities and an accelerated military campaign to smash ISIS strongholds in Syria, Iraq and elsewhere.

Obama, who has often faced criticism that his unruffled response to terrorism fails to soothe the apprehension of Americans, spoke on the sidelines of the UN General Assembly in New York Monday of his desire "to reassure the people in this city, in this region and Americans across our country that our counterterrorism and law enforcement professionals at every level, federal state and local, are working together around the clock to prevent attacks and to keep us safe."

Trump has tried to exploit a political opening from the criticism that Obama hasn't been able to provide sufficient reassurance in his approach to combating ISIS, whom he once dismissed as a "JV" team.

Obama took a clear shot back at Trump Monday, suggesting that his approach was playing into the hands of the terrorists.

"At moments like this, I think it's important to remember what terrorists and violent extremists are trying to do: They want to hurt innocent people, but also inspire fear in all of us," Obama said.

"Even as we have to be vigilant and aggressive," he added, "we all have a role to play as citizens to make sure we don't succumb to that fear."