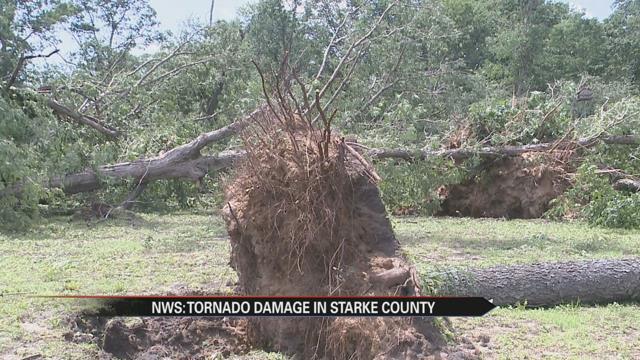 Residents in North Judson faced a major clean up Monday because 80 mile per hour winds ripped through their neighborhood on Sunday.

“The Basketball hoop fell on my son's car. I went out there to move it off the car and just in time to look to the north to see a big giant tree come flying over my head,” says David Fabian, of North Judson.

Officials say the storm lasted about 15 minutes. It ripped trees out of the ground, knocked garages off their foundation and broke windows.

“The sheer number of trees that are down in this particular area warrants an investigation,” says Ted Bombagetti, Director of Emergency Management in Starke County.

The National Weather Service investigated and determined a tornado hit the area and caused the damage.

“What makes it even more of a stranger storm at the height of this storm here in Knox we had no wind at all,” says Bombagetti.

Families like the Fabians are still left with plenty to clean up.

“More than anything else I was incredibly angry because I grew up on this property we got this property specifically because it was a beautiful plot of land a lot of trees and a lot of privacy and it's completely gone,” says Matthew Fabian.