Nationally and locally, social media helps and hurts during storm 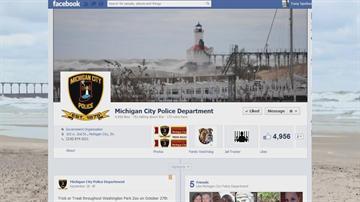 SOUTH BEND, Ind. – Social media played a big role during Hurricane Sandy with both positive and negative results and the East Coast and in Michiana as remnants of the storm swept into local areas.

In the age of Twitter and Facebook it was hard not to be constantly faced with a blow by blow account of Hurricane Sandy's landfall and aftermath on Monday and Tuesday.  One of the most popular Facebook pages is the “Jersey Shore Hurricane News.”  The page had regular updates and reports from officials on the East Coast, users could post where stores were open and where gas could be purchased as well as locate family members.  The page become so effective that New Jersey’s Office of Emergency Management posted that they were monitoring the site to find where supplies were needed and even find people who were trapped and in need of rescue.

FEMA, The CDC, The Department of Homeland Security and local first responders used Facebook and Twitter to spread warnings and offer tips on how to deal with problems associated with the storm.

As what was left of Sandy hit Michiana, local officials also took to social media to help manage the response to the severe weather conditions.  For example, the Michigan City Police Department and the La Porte County Sheriff’s Department used Facebook to post warnings about conditions on the Lake Michigan shore as well as how to deal with treacherous road conditions.  Indiana Michigan Power was interactive on Facebook, posting updates on local power outages and regularly answering questions about the storm response posted on their Facebook page.

Of course, the pitfalls of how quickly information spreads on social media were shown during the storm.  In New York City, one Twitter user using the name @ComfortablySmug is credited with causing mass panic because he posted numerous fake updates about the storm, his false tweets claiming that New York’s Governor had been trapped and that power was being cut-off for all of Manhattan spread across Twitter and were even picked up by local and national news networks.

Locally most Michiana sheriff’s departments, police departments, power companies, city and county governments have at least a Facebook page where updates about severe weather or other disaster situations can be found.