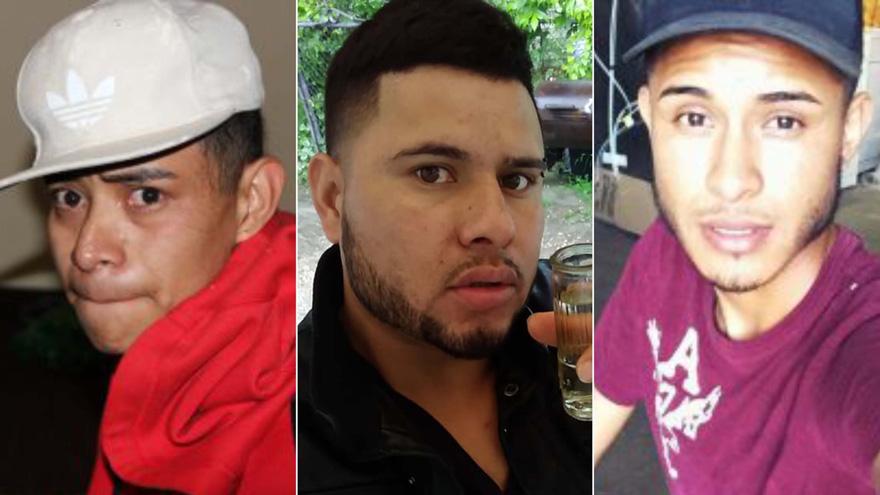 One suspect, David Ramos Contreras, 27, of Mexico, was spotted Saturday with two women in a lightly colored vehicle at a Walmart in Holland, Ohio, said police, who are asking for the public's help in their pursuit of the suspects.

All three men are classified as dangerous, police said. It's not clear whether they're traveling together.

The sisters were staying at the hotel with their parents when four men held them for a time against their will, White said. Later, the girls' mother took them to be examined at a local hospital, he said.

Police learned of the incident around 11 p.m. on June 28, Lt. Dan Mancuso told CNN on Wednesday, adding he was unsure of the date of the alleged attack.

One suspect, Simon Juan Thomas, 24, of Guatemala, was arrested the next day, and charged with unlawful sexual conduct with a minor, a misdemeanor, jail records show. He was being held by the Wood County, Ohio sheriff on $50,000 bond.

Police believe the men had stayed at the Days Inn for about a week before the alleged crimes, they said.

All four suspects were found to have "fraudulent paperwork" documenting their status as immigrant workers, White said.

"We are investigating an alleged sexual assault, not their immigration status," White told CNN affiliate WTVG.

The US Immigration and Customs Enforcement agency is also involved in the manhunt, Bowling Green police said.