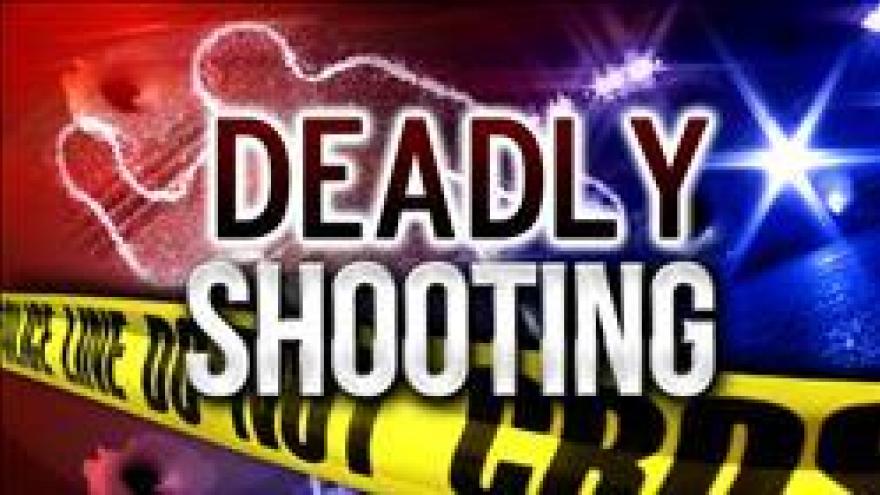 (CNN) -- Nykea Aldridge was pushing a stroller down a South Side Chicago street Friday afternoon when several men started shooting at each other.

One of the bullets hit her in the head. Another struck her in an arm. She died about 45 minutes later at a hospital.

Her aunt, Jolinda Wade, told CNN affiliate WLS that Aldridge was headed to an elementary school when she was shot.

"She wasn't bothering nobody," said Wade, whose son is Dwyane Wade, the 12-time NBA All-Star who recently signed a contract with his hometown Chicago Bulls. "She was just going to register her kids at school."

The woman was not the intended target of the shooting, Tannehill added. The child was not injured.

Dwyane Wade has been an outspoken critic of rampant gun violence and took the stage at this year's ESPY Awards with fellow NBA superstars LeBron James, Carmelo Anthony and Chris Paul to speak about the issue. He and his mother also participated in an ESPN discussion on gun violence in America that was recorded at a YMCA in Chicago.

"My cousin was killed today in Chicago," Wade tweeted. "Another act of senseless gun violence. 4 kids lost their mom for NO REASON. Unreal. #EnoughIsEnough."

The three-time NBA champion was also raised in Chicago and signed with his hometown Bulls this offseason after spending 13 years with the Miami Heat.

According to the Chicago Tribune, which chronicles every homicide in the city, at least 455 people have been shot to death in Chicago in the first seven and a half months of the year.

The law imposes a stiff penalty on anyone without a gun-owner identification card who brings a gun into the state of Illinois to sell.

The law is meant to cut down on straw purchasers who buy guns in states with loose laws and drive them into cities with tough gun control laws.