NBC Sports reporting KeiVarae Russell out for the season 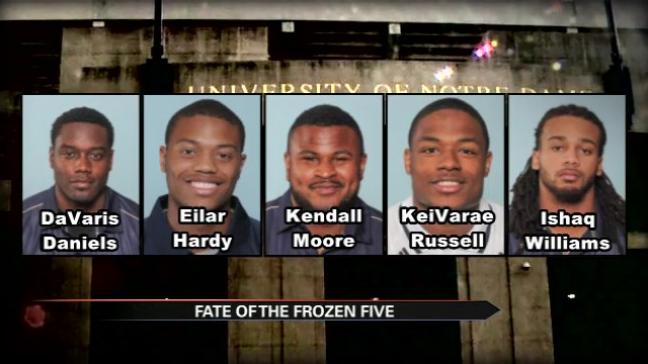 NBC Sports is reporting Notre Dame cornerback KeiVarae Russell told his teammates on Thursday that he would not be returning to the team this year, citing two unnamed sources.

NBC Sports is reporting Russell said he plans to return in 2015.

On Thursday, Head Football Coach Brian Kelly said he didn't have any definitive information about the future of his players, but that he would leave it up to them to share any news.