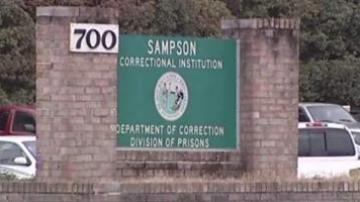 North Carolina prison officials are investigating after some inmates said they were tortured with hot sauce.

Six inmates claim two correctional officers forced them to do humiliating acts, including drinking hot sauce and rubbing it on their genitals.

They claim they were also asked to strip down and perform fake sex acts on each other.

The officers are on paid leave while authorities investigate.