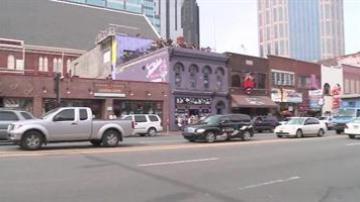 NASHVILLE, Tenn. -- The Notre Dame women's basketball team is making its fourth appearance in the NCAA Final Four tournament for the fourth year in a row.

Many of the fans have already arrived in Music City, but it seems most of the fans already there are Maryland fans.

Jennifer Hoffman, a Maryland fan, says the atmosphere in Nashville is similar to the feeling of Bourbon Street.

"I love it. We went to New Orleans last year it's similar to Bourbon Street. Love it. Party atmosphere whether you are a bar person or just the city, it's awesome I love it," said Hoffmann.

Bridgestone Arena, where the Final Four will be played, holds about 20,000 people.