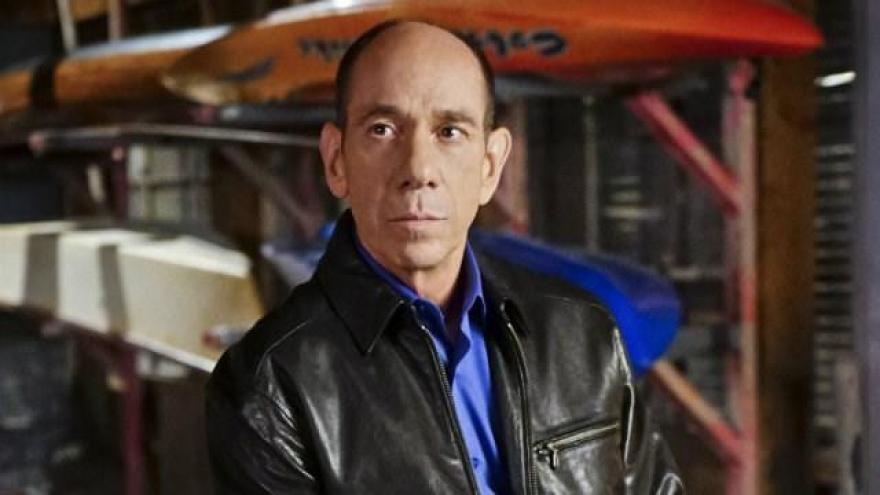 (CNN) -- Miguel Ferrer, a familiar face on the big and small screens, died Thursday following a battle with throat cancer, according to a statement from his current employer CBS. He was 61.

Ferrer, who appeared on CBS's "NCIS: Los Angeles" for seven seasons, was the son of Academy Award and Tony winner José Ferrer and singer Rosemary Clooney.

"Actor Miguel Ferrer passed away peacefully in his home this morning after losing his battle to cancer," CBS said in a statement. "He was surrounded by close family and friends, including his wife Lori, sons Lukas and Rafi, and his brothers and sisters."

Ferrer was also the cousin of actor George Clooney.

"Today history will mark giant changes in our world, and lost to most will be that on the same day Miguel Ferrer lost his battle to throat cancer. But not lost to his family," Clooney said in a statement. "Miguel made the world brighter and funnier and his passing is felt so deeply in our family that events of the day, (monumental events), pale in comparison."

Ferrer joined "NCIS: Los Angeles" in season three, playing Assistant Director Owen Granger. Late last year, the show introduced a storyline in which it was hinted that his character was struggling with a serious illness.

"Miguel was a man of tremendous talent who had a powerful dramatic presence on screen, a wicked sense of humor, and a huge heart," showrunner, R. Scott Gemmill said in a statement. "Our thoughts go out to his wife Lori, his sons, and his entire family. He will be greatly missed."

In addition to his work on the long-running procedural, Ferrer is scheduled appear in Showtime's revival of "Twin Peaks," set to begin airing in May.

"Twin Peaks" co-creator Mark Frost said on Twitter that working and writing for Ferrer was "a highlight in every part of my life."