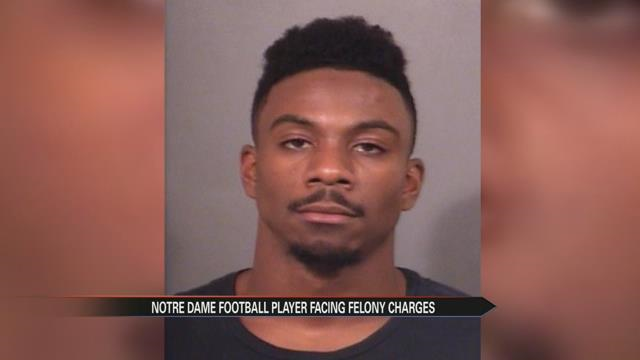 Devin Butler is scheduled to appear in court at 1 p.m. In that court appearance, he will be officially charged in front of a judge.

Butler faces two felony charges that include resisting law enforcement and battery against an officer. This is due to an incident that happened at the Linebacker Lounge in South Bend on August 20th.

In the Probable Cause Affidavit, it states that Butler got involved in a scuffle that happened between two women while South Bend Police were present.

Police were first dispatched to the location shortly after midnight due to an unrelated situation.

The affidavit also states that police asked him to stand back while they handled the issue between the two women but he became angry, start cussing, and got physical with the officer.

The officer at one point got knocked down and it caused bodily harm. That was when they had to use a taser to detain Butler.

At this time he is suspended from the football team indefinitely.