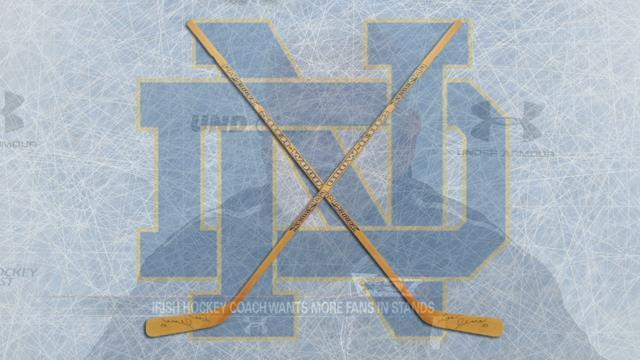 The Notre Dame Hockey Team is preparing to start conference play this week against Connecticut.

The Irish are coming off a less than ideal weekend against Penn State, losing in overtime.

Head Coach Jeff Jackson says the loss humbled his team but he wants to see more fans in the stands.

"This building used to be filled almost all the time in the first few years and for whatever reason I'm not sure what it is. It's high school football, it's a lot of different factors but it's a little disappointing  when you come out in your own building and we're only going to be as good as the energy in this building coming out flying in the first period, you know it's a lot easier to do that when you have that level of intensity in the building,” says Jackson.

If you wanna follow coach's advice and support the team, you can Thursday at the Compton Family Ice Arena against Connecticut.