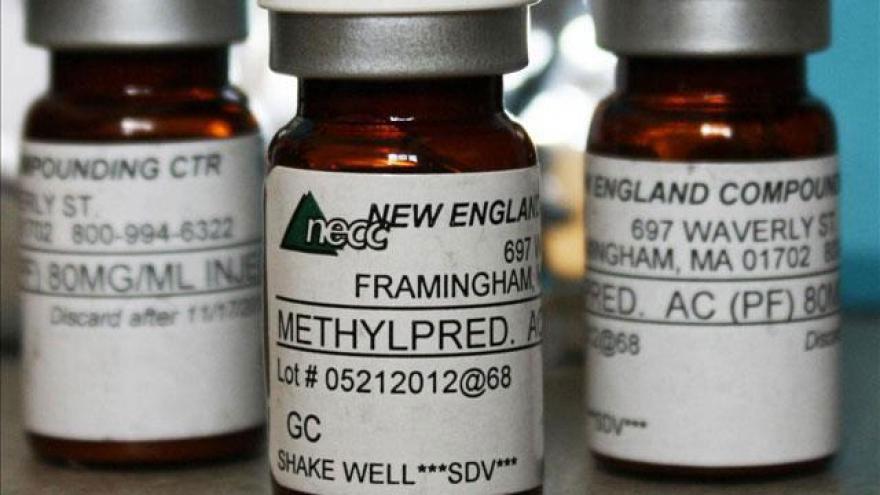 BOSTON -- The former supervisory pharmacist of the New England Compounding Center (NECC) was sentenced for his role in the nationwide fungal meningitis outbreak that infected 793 patients and killed 64. Three people in Michiana died as a result of the tainted injections.

Glenn Chin, 49, of Canton, Mass., was sentenced to eight years in prison, two years of supervised release, and forfeiture and restitution in an amount to be determined later.

Chin was found guilty of 77 counts of racketeering, racketeering conspiracy, mail fraud and introduction of misbranded drugs into interstate commerce with the intent to defraud and mislead in late 2017.

“Mr. Chin will now be held responsible for producing contaminated drugs that killed dozens and grievously harmed over 750 people across the country. No patient should suffer harm at the hands of a medical professional, and we will continue to work with our law enforcement partners to combat fraud and abuse in the health care system," said United States Attorney Andrew E. Lelling.

“In response to episodes where patients were harmed by poorly compounded drugs, Congress passed a new set of laws to improve the FDA’s oversight of these products," said FDA Commissioner Scott Gottlieb, M.D.

“As a licensed pharmacist, Glenn Chin took an oath to protect his patients,” said Harold H. Shaw, Special Agent in Charge, FBI Boston Division. “In contrast, he failed miserably by cutting corners, ignoring warning signs, and harming hundreds of people with his reckless disregard for their safety. Dozens of unsuspecting patients died because of the tainted drugs that were distributed on his watch.”

The DOJ says Chin improperly sterilized the methylprednisolone acetate (MPA), failed to verify the sterilization process, and improperly tested it to ensure sterility. He shipped thousands of vials of medication without verifying it was sterile, then directed staff to mislabel the drugs to conceal it.

During the fungal meningitis outbreak, the CDC identified 18 different types of fungi from MPA vials and patient samples. A total of 793 patients were harmed by the contaminated steroids.

Three people died as a result of tainted injections receieved in clinics in Elkhart or South Bend. They were identified as Pauline Burema, Kathy Dillon and Alice Machowiak.