Neighbor speaks out about man shot at Kmart 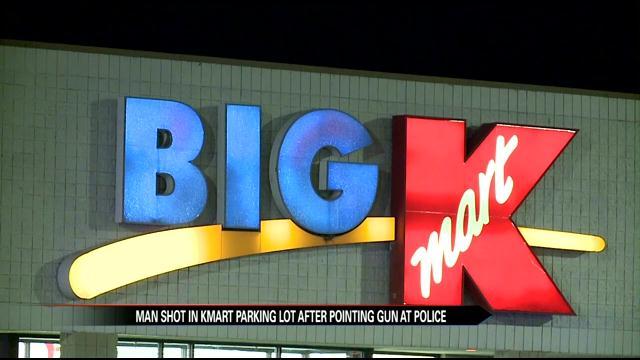 ABC 57 news spoke with the neighbor of 33 year old  Lane Dodson, the armed man who was shot by police in a Plymouth Kmart parking lot Monday evening.

Dodson's neighbor John Klinedinste says he was not surprised when he heard the news, and that Dodson has been a violent person for a very long time.

He's known Lane Dodson for over a decade recalling  his own negative run-ins with him.

Those cops one from Indiana State Patrol the other from the Plymouth police department opened fire at him after they say Dodson pointed a gun at them.

Originally, officers were responding to a call that a suspect wanted for questioning in a domestic battery case was spotted pulling into Kmart.

That man was said to be Dodson.

Police were warned he may be armed.

Klinedinste said Dodson carries a gun all the time, that he was one to play cop for a long time and a gun enthusiast.

He went on to say he's witnessed issues in the past between Dodson and family members, as well as police cruisers frequenting the home.

Those two policeman involved in this shooing, their names will not be made public until Wednesday.