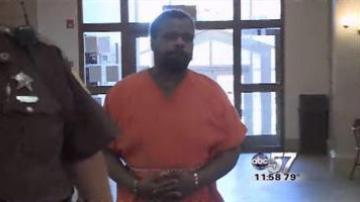 SOUTH BEND, Ind. - The murder trial of Terry Sturgis will get underway on Thursday morning.

Those in the neighborhood where his son was murdered are reacting to the high profile case.

"It's sad. Sometimes I wish they would just tear it down. It's sad. We always think about Tramelle," said Pam Bryant, the owner of Snack Shack across from the family's home.

Police said that Tramelle Sturgis, just 10 years old at the time of his death, was murdered at the hands of his father. Terry is accused of beating his son to death with a wooden object.

"I haven't seem them since they came and took the children," said Bryant.

Child Protective Services took Tramelle's brothers. According to family members, on Thursday evening, the kids are still in foster care.

Sturgis' nephew Theodore Erving said he doesn't plan on attending his uncle's murder trial. He admits to not seeing his uncle since he was arrested.

He said if he were to see him, this is what he would say, "I love you. I'm always going to care about you. I hope everything works out. I love him dearly."

Bryant said there is no doubt in her mind that Sturgis is guilty of killing his son. She said that those that she knows in the neighborhood feel the same way.

"I don't believe in the death penalty, but I think life in prison would be justified," said Bryant.

ABC 57 News will have a reporter inside the courthouse on Thursday. Our continued coverage on the murder investigation and day one of the trial begins at 6 p.m.