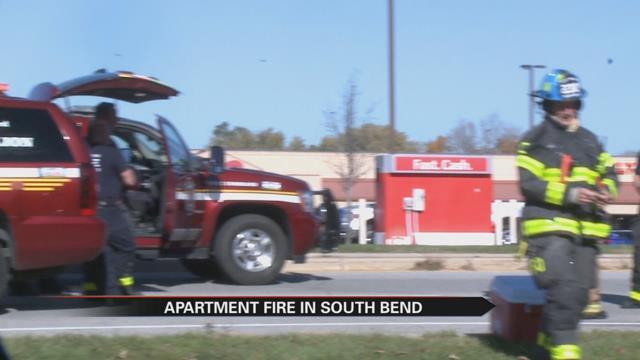 Neighbors coming together after an apartment caught fire on South Bend’s Westside. There were no injuries, but firefighters did have to rescue residents through the window.

ABC57’s Diana Gutierrez was on the scene Tuesday morning and  talked to the neighbors that helped without thinking twice.

Lorenzo Williams lives in the complex that caught fire.

“I sprayed the fire extinguisher until there was no more in it,” said Williams. “We’re all neighbors we all get along with each other.”

Around Noon, the fire department was dispatched to Western Avenue and Windview Lane and started working right away.

“We had a quick response. Guys got in there quick and were able to make the rescues and everybody is okay,” said Nick Tekler the Battalion Chief.

And while the fire fighters made their way to this apartment, people inside were already trying to help.

“I started walking up toward the stairs and once I got like two steps in front of her door the heat waves were surrounding me and I couldn’t even breathe,” said Dashawn Adams, who’s another neighbor.

There was heavy smoke coming from the second and first floors. Tekler says they had to turn to alternatives when trying to get people out safely.

“We rescued two people with the ladder off the third floor because of heat conditions inside too hot to bring them down,” said Tekler.

Investigators were checking how much damage was inside and officials say some might be able to return to their apartments, but others might have to wait months.