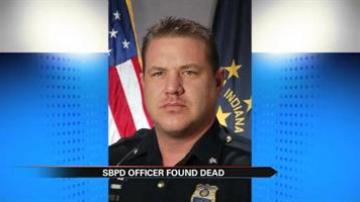 Officials do not believe foul play was involved.

Whitney Humphrey says she was a long time neighbor of  Szweda, who was a sergeant with the South Bend Police Department.

Szweda was found unresponsive by his girlfriend.

Humphrey says Szweda lived up to the police department's motto, "to protect and to serve."

"He was a great guy, very caring, always willing to help somebody out, he would take the coat off his back and cover it if you needed it. If it was raining outside he would go in his car and get an umbrella get something to cover you so you won’t get wet," says Humphrey.

Officials are now waiting for further test results, as well as the toxicology report, to hopefully get a better understanding of how and why Szweda died.