Neighbors on edge after more violence at apartment complex 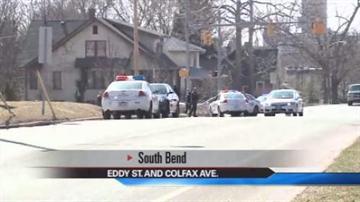 SOUTH BEND, Ind. -- From a homicide, to stabbings, shootings and fights,  residents and neighbors say one South Bend apartment complex has become a hotbed for crime.

It was just a little over a year ago that Deshone Caradine, 42, was stabbed several times inside her apartment on Eddy and Colfax Streets. The escalating violence now has neighbors on edge and they say enough is enough.

"Every week, every two weeks and it's not just noise ordinance violations, it's fights," said Fisher, who has lived across from the apartment complex for seven years.

He says the apartment complex has become a hotbed for violence and crime in the area.

"I feel bad for the neighborhood," said Fisher. "Again, I don't want to see anybody lose their home, but I don't think it's safe to live over there."

Fisher says he is worried about the seniors who live nearby. He wants the landlord to step in and kick out the residents who start fights. Fights like the one that escalated into gunfire Wednesday.

"It's right smack in a great neighborhood and i just wish there was more accountability and the landlord should really be responsible for cleaning that up," said Fisher.