Neighbors respond to shooting at the River Run Apartments 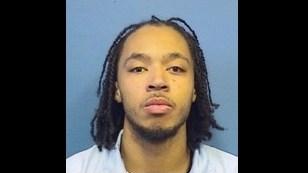 While Elkhart police continue to search for a man in connection to a shooting at the River Run Apartments, neighbors of the shooting victim say they are afraid.

Police responded to the shooting Saturday night around 11:45 at 318 Middlebury Street. When they arrived they found a woman had been shot once. She was taken to the hospital with non-life threatening injuries.

Police are now trying to locate Demond Williams in connection to the incident. He’s described as a black man, weighing 180 lbs. and is 6’3”.

Police believe he is armed and dangerous and if you see him you should not try to make contact with him.

The victim’s downstairs neighbor, Tyrecesha Vance, says she heard a lot of screaming coming from upstairs on Saturday night.

“I heard a shot go off and I ran out to the hallway and I see my neighbor standing on the stairs bleeding,” said Vance.

Vance says she saw the victim pull the building’s fire alarm and collapse to the floor.

“She was screaming ‘he shot me, he shot me,” said Vance.

Vance and other neighbors say it’s unsettling to know the person who could be responsible has not been located.

“It’s just scary because you never know what could happen next. There’s no reason to be out here killing each other,” said Vance.

If you have any information on this shooting or Williams’ whereabouts you’re asked to contact the Elkhart Police Department at 574-295-7070 or their anonymous tip line at 574-389-4777.