Neighbors wake up sleeping occupants of Elkhart home on fire 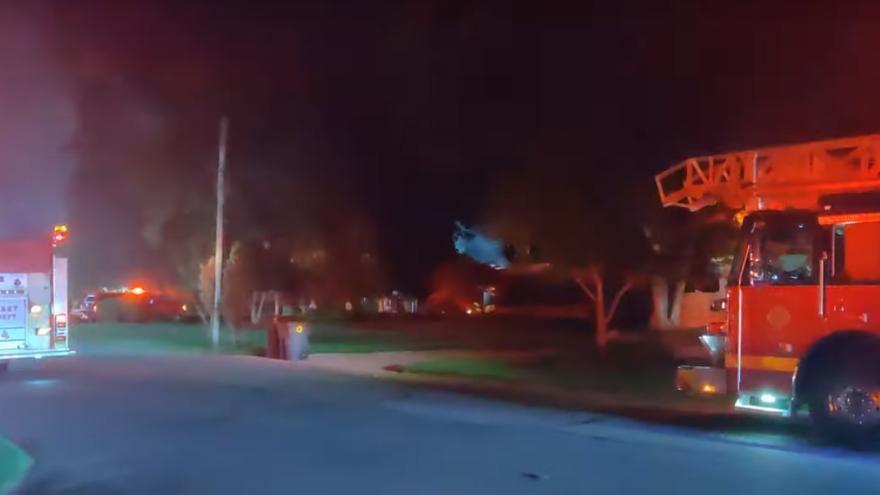 ELKHART, Ind.—Neighbors were able to wake up the sleeping occupants of a home on fire on Monday night, according to the Elkhart Fire Department.

Firefighters responded to the house fire in the 2900 block of Greenleaf Blvd. around 11:06 p.m. Monday and found smoke coming from the roof.

When they looked into an attic access, firefighters noticed heavy fire and within minutes during the ventilation process, the attic space became fully engulfed in fire.

The fire was under control around 3 a.m. Tuesday morning.

The occupants of the home were asleep at the time of the fire, but neighbors were able to wake them up by pounding on the front door, the fire department said.

The occupants were unaware of the fire because it was in the attic space, where they did not have smoke detectors.

No injuries were reported in the fire, but the home sustained significant damage.